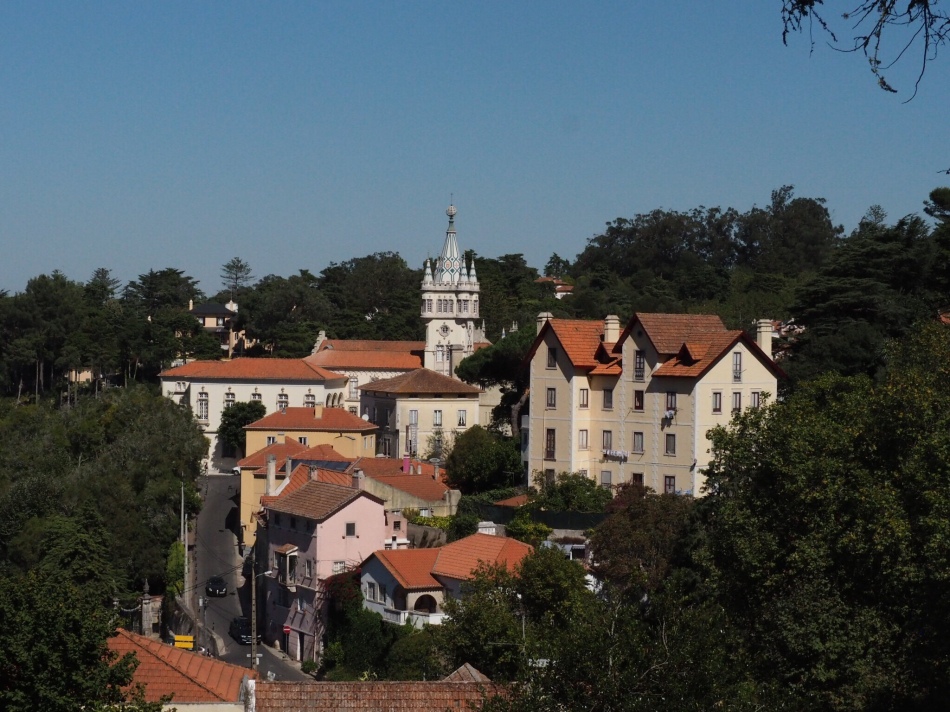 Since we still had our aforementioned car, we skipped our train back to Lisbon and Cascais and detoured en route to Sintra.

Sintra sits at the foot of the Natural Park of Sintra-Cascais. We had limited time as we wanted to get to the beach and Cascais so we strolled about a bit, had a lunch and hit the Royal Palace.

Tip #1: Sintra is very touristy. Not that other places we went were not, but this place is built for tourists.

Tip #2: While all of Portugal seems to be paved with cobblestone sidewalks, these ones seemed particularly steep and slippery.

Whereas inland Portugal, from which we had come directly, was more arid, Sintra is very lush and green. We walked up to town from the train station and as we ascended the streets were lined with trees and flowers. You’ll also pass through a rather funky art display and both local craft artisans and statues as you ascend. 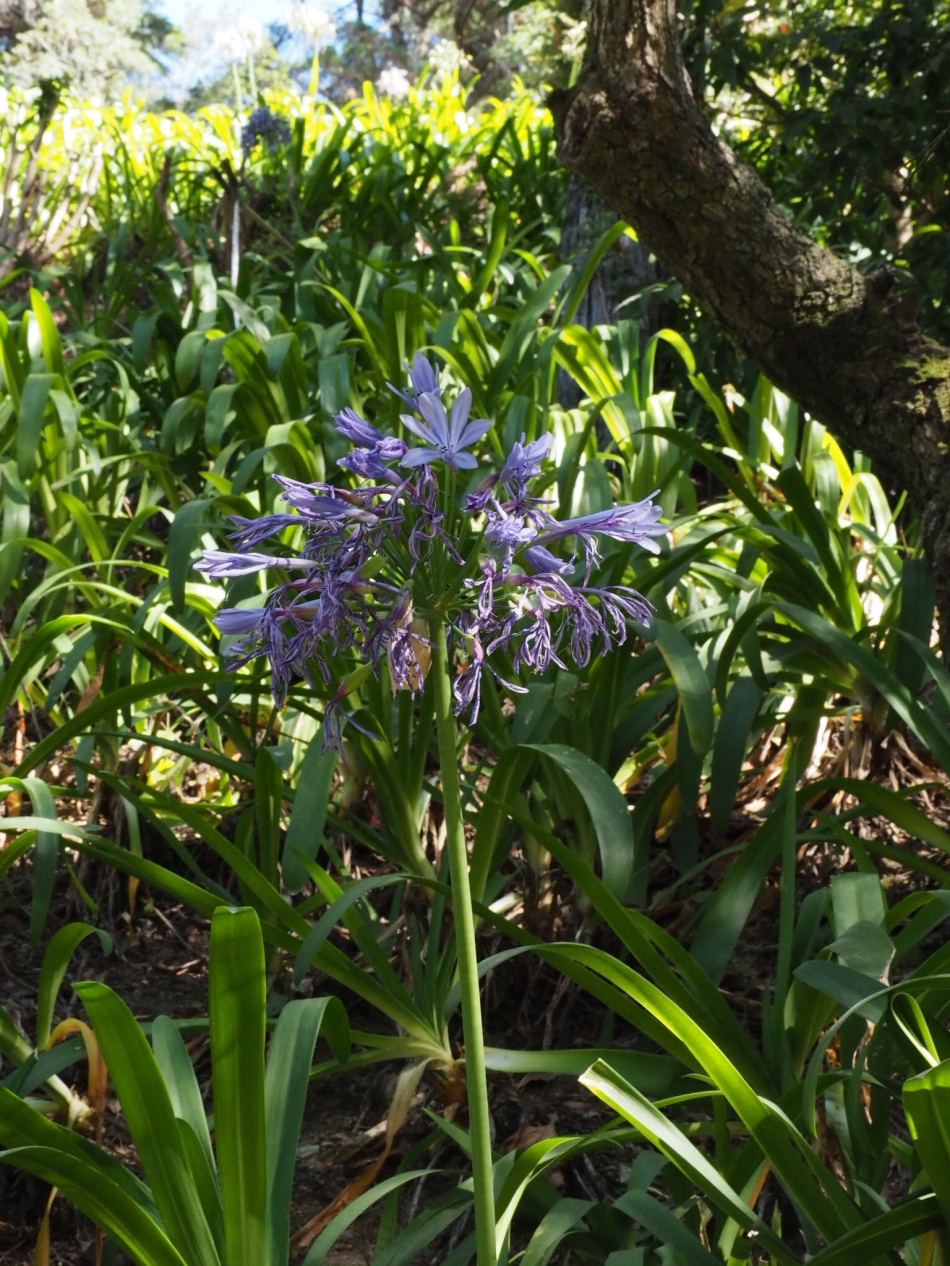 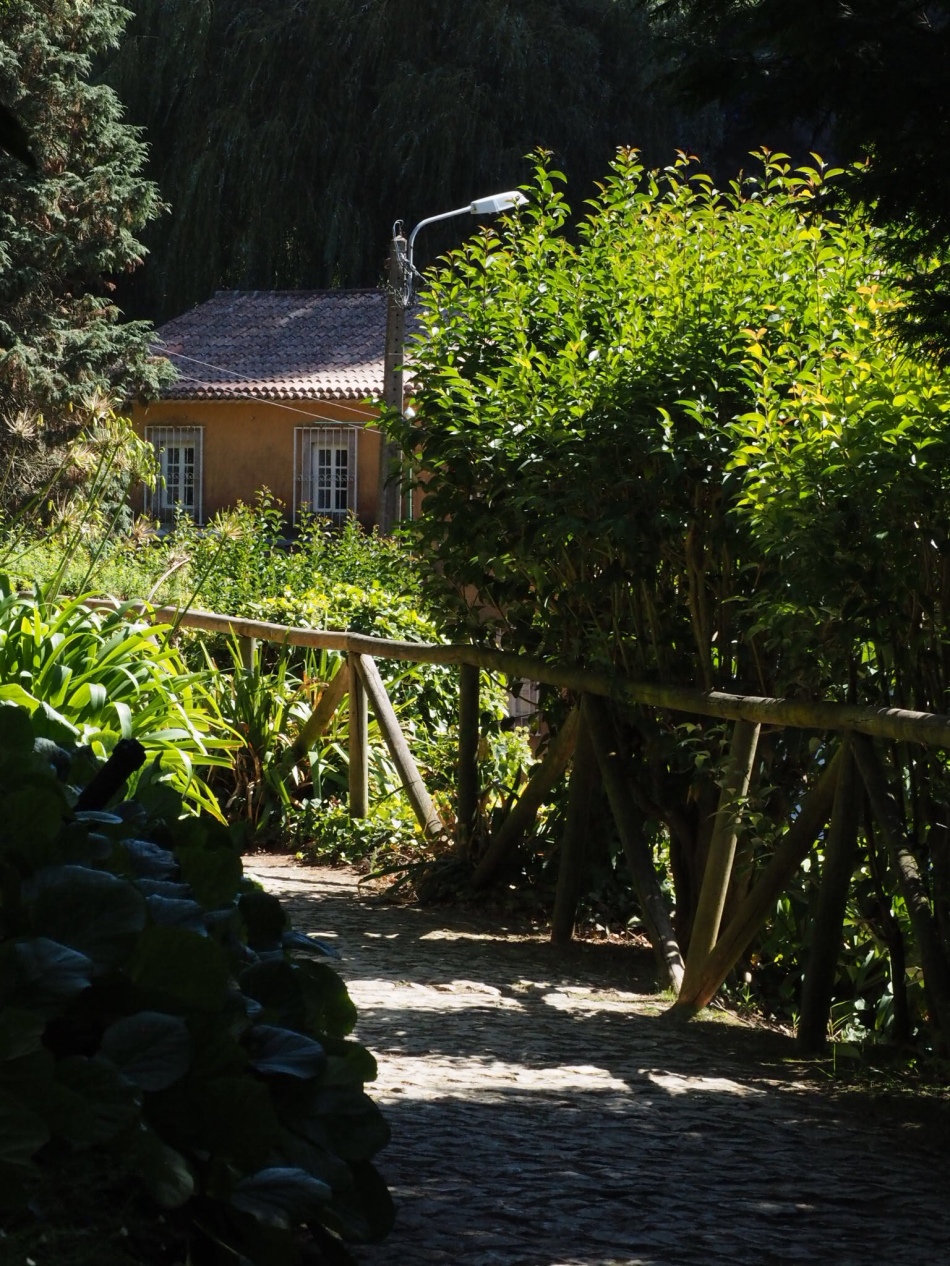 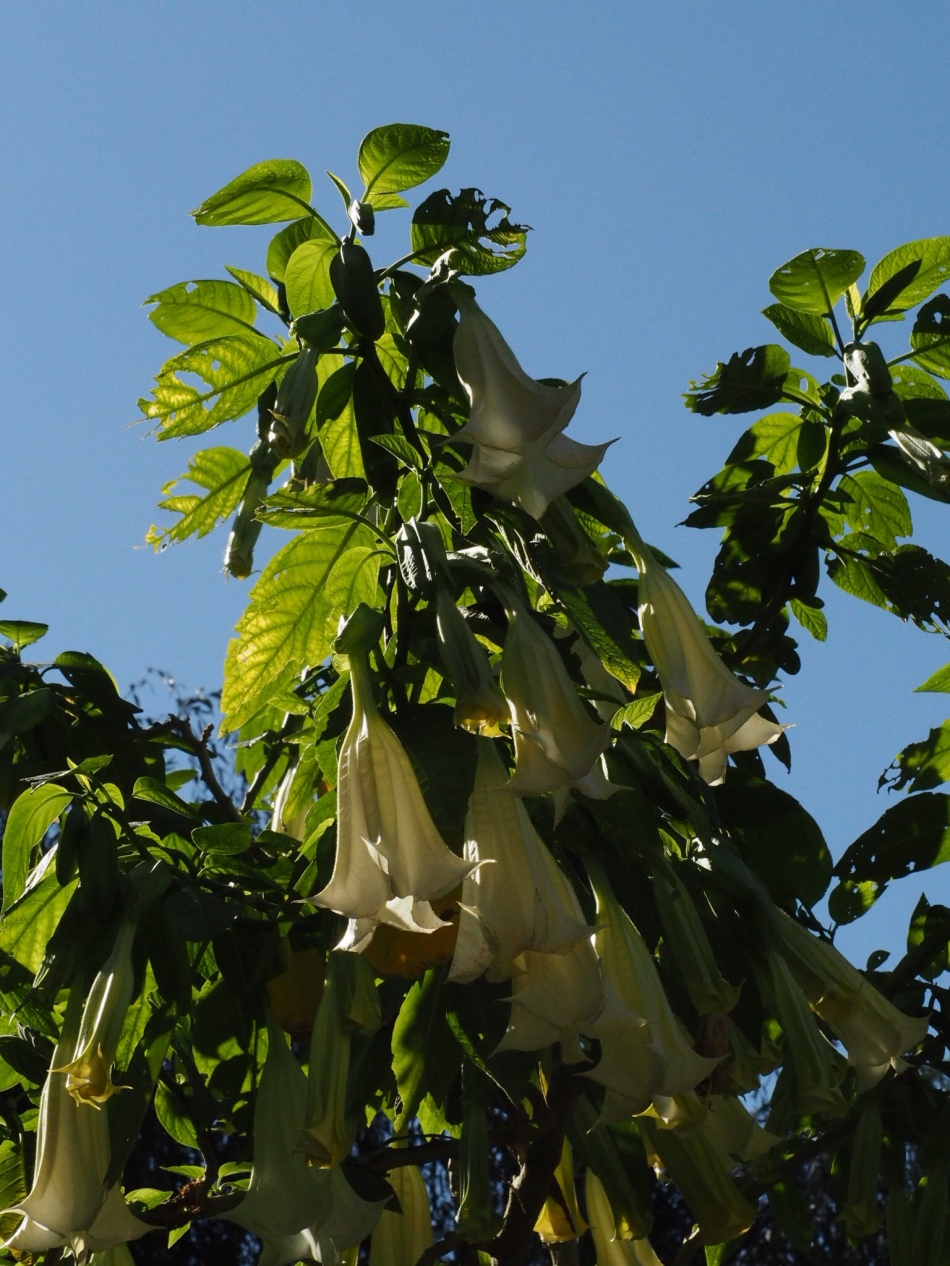 While Sintra was the residence of the Islamic Moorish rulers of the Taifa of Lisbon in the 10th century and while you can certainly see the Islamic influence in the Palace, the building itself dates back to the 14th and 15th centuries. 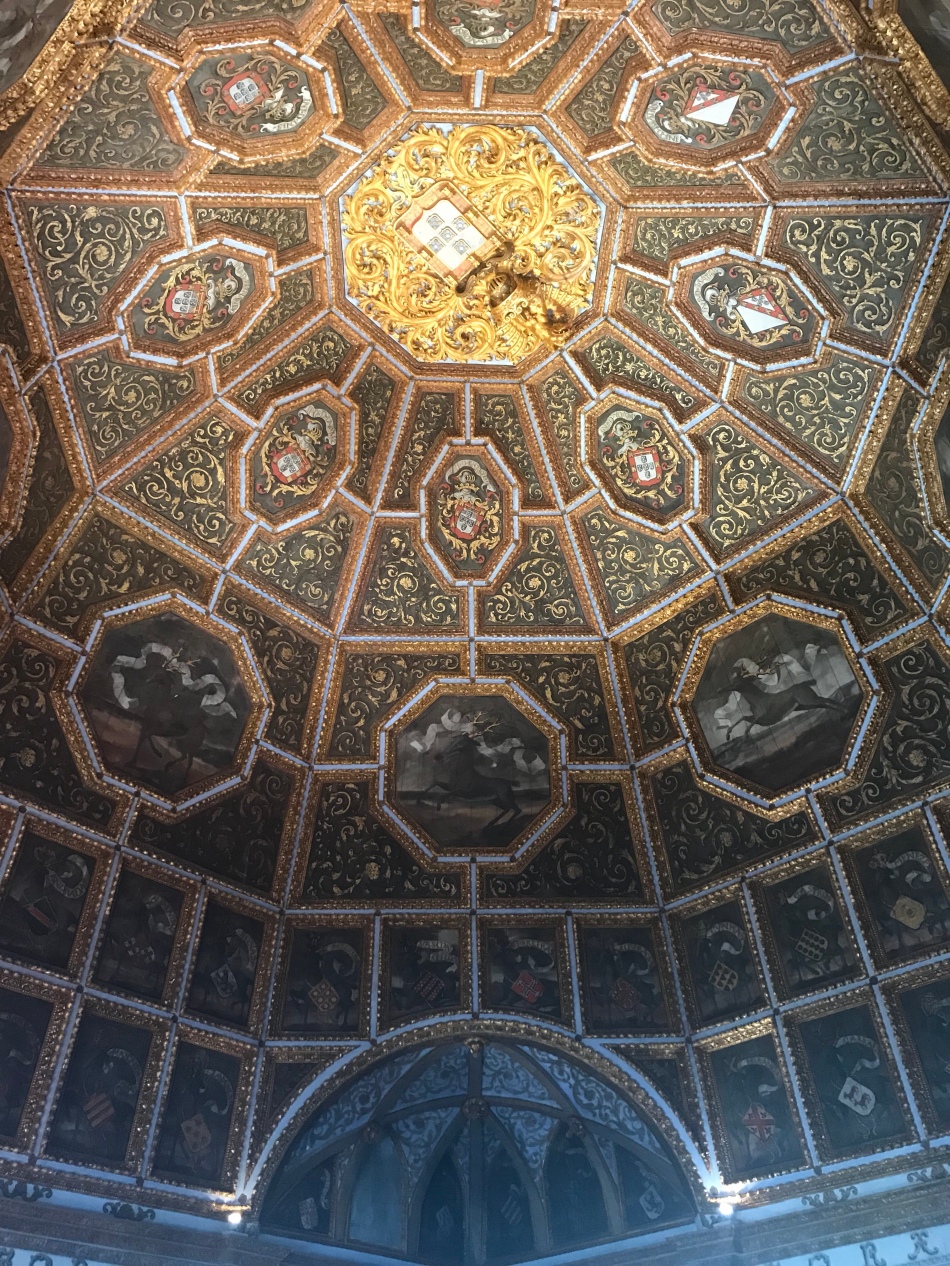 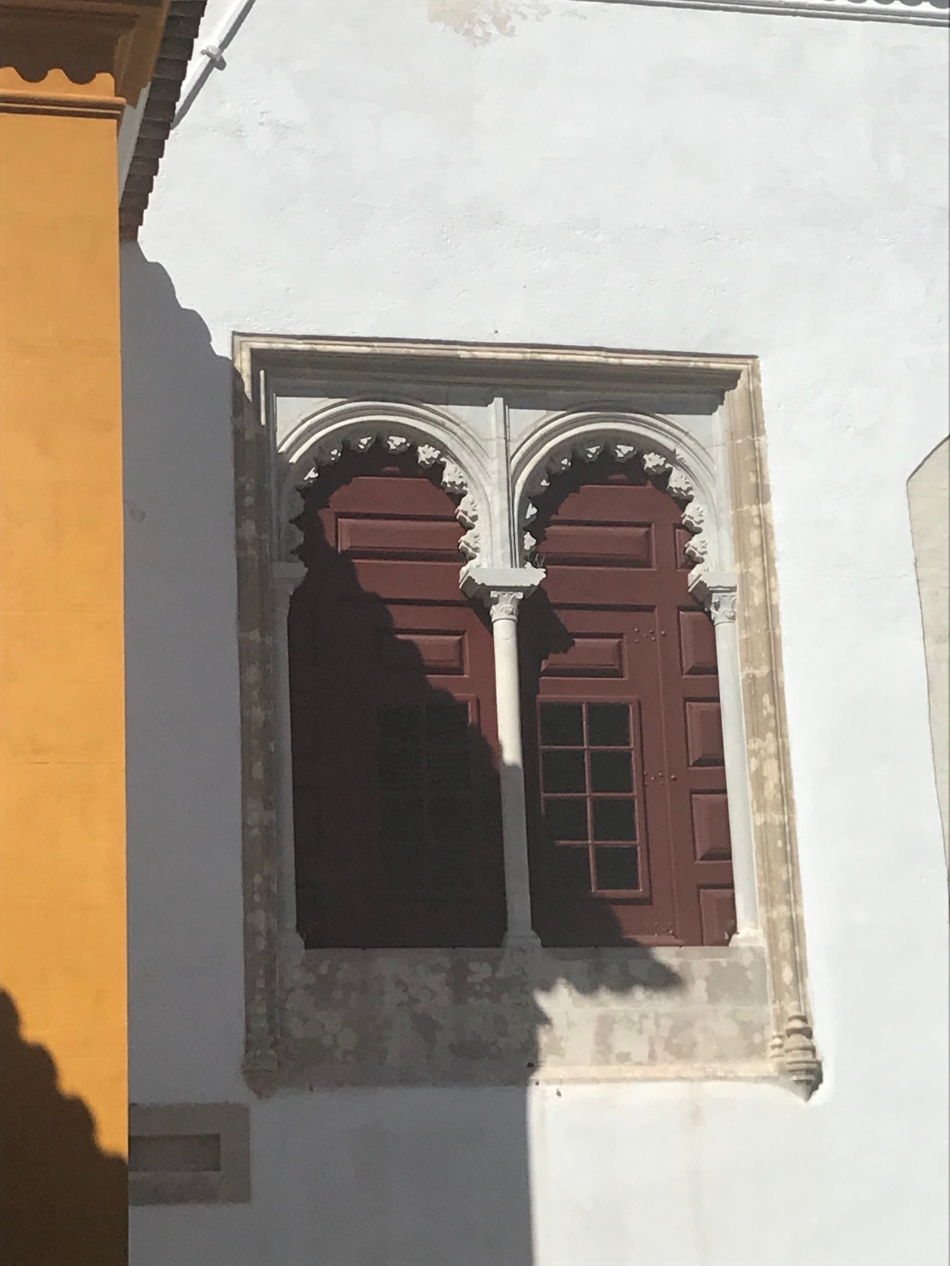 Originally built in the 14th century, much of the present day palace was built by King John I around 1415.

The opulence is quite something. There are rooms like the swan room and the magpie room which have painted swans and magpies the quantity of which represent the age of the Isabel at her wedding (30) and the number of ladies at court (136), respectively. See also the Siren Room (mermaids) about which Wikipedia lacked any information about to which life event the quantities of mermaids corresponded. 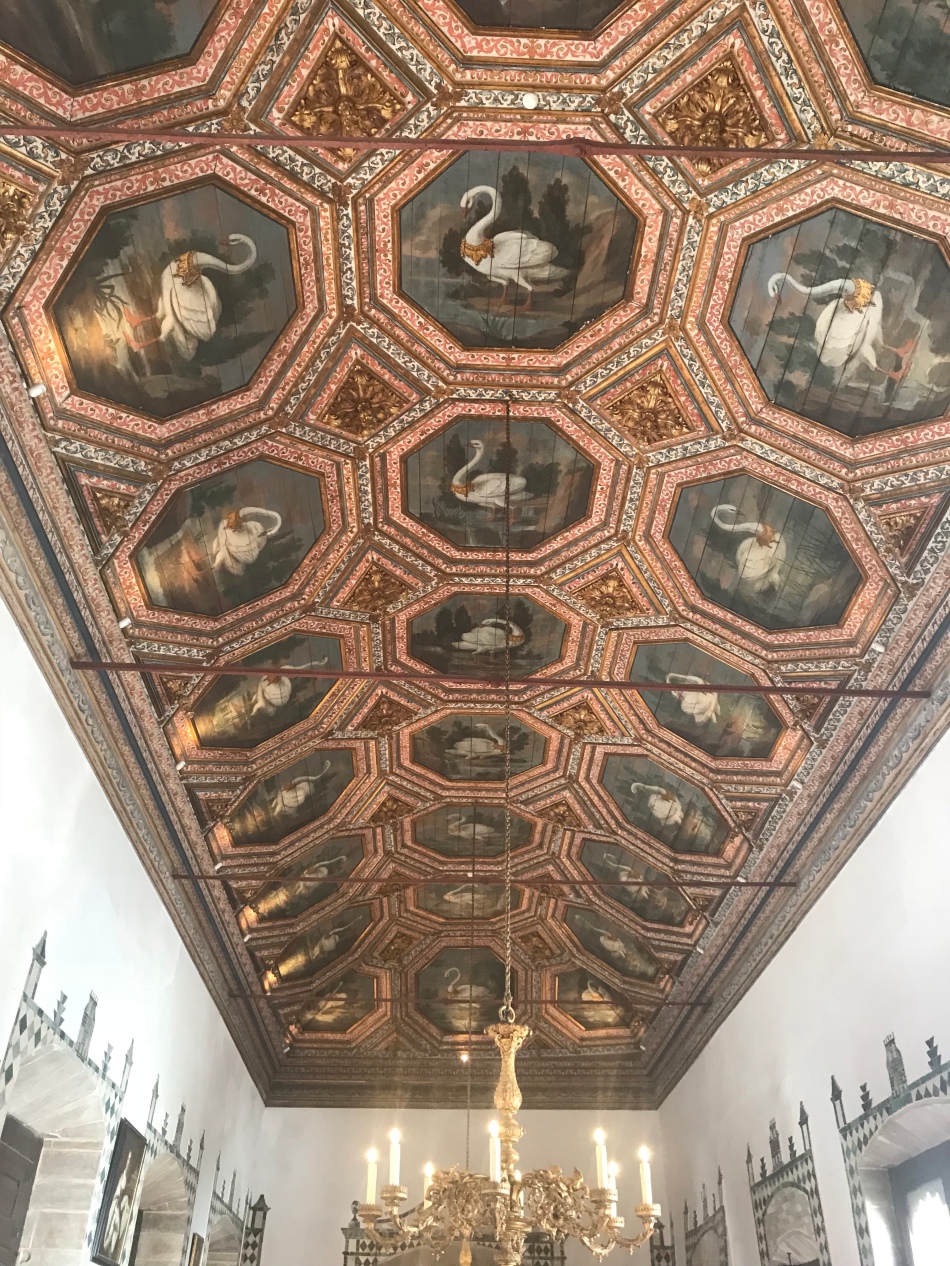 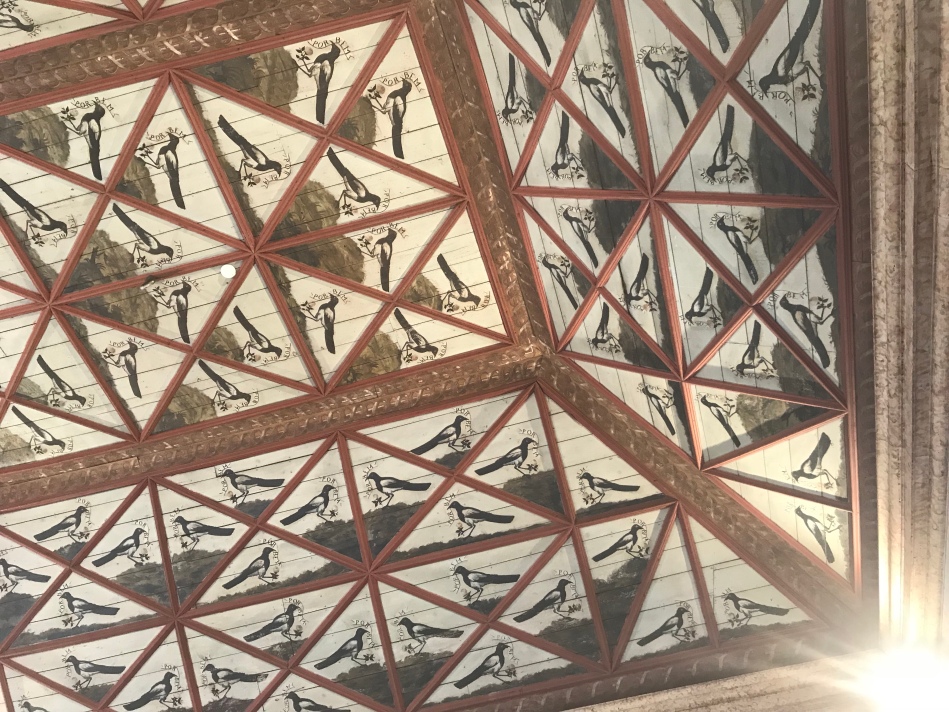 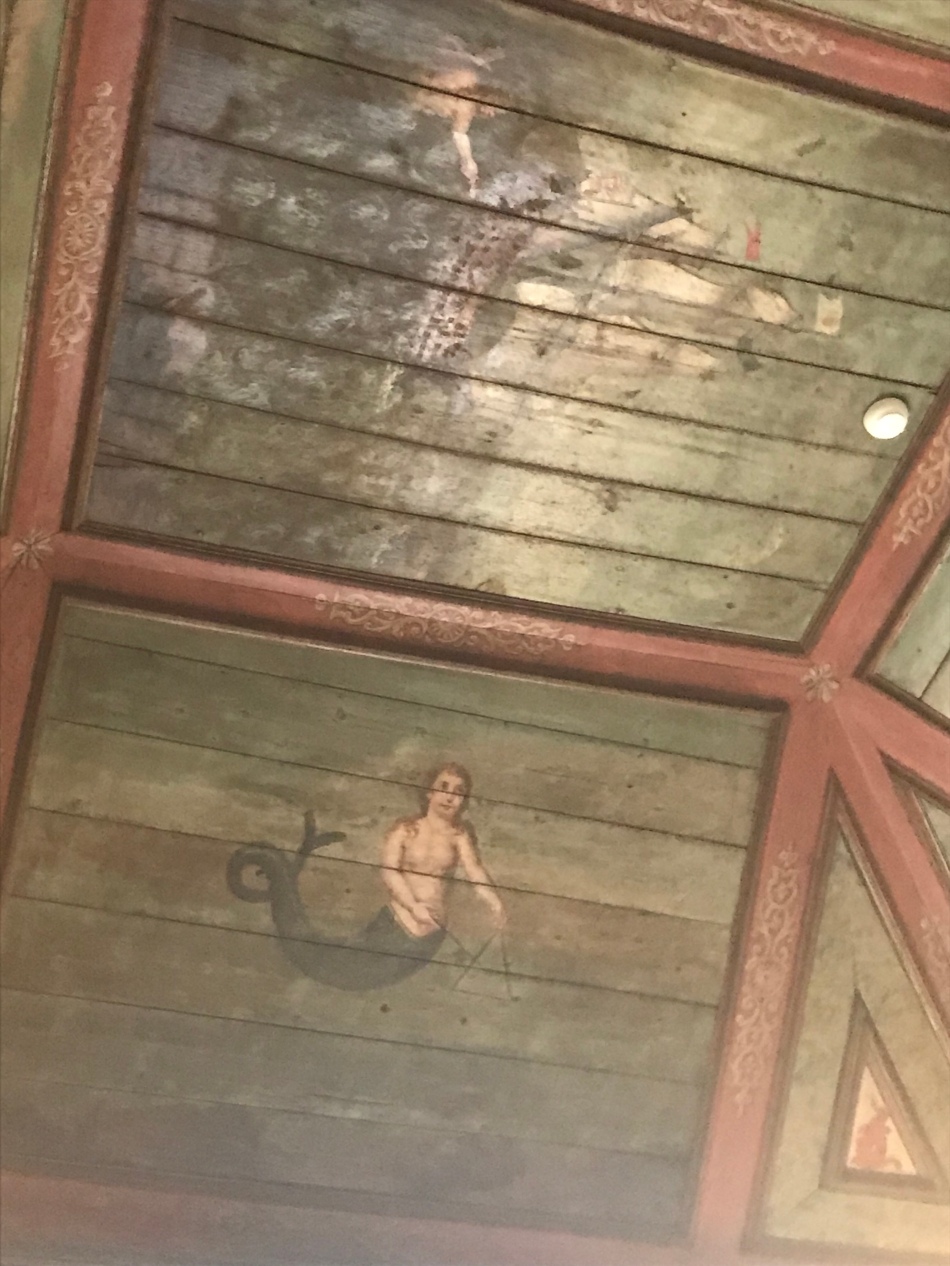 We also overheard a local tour guide telling a group that the chimneys (the large conical white structures below) are the largest in the world and were built that way at the King’s specific instruction so he could roast an entire animal at once, after a hunt. 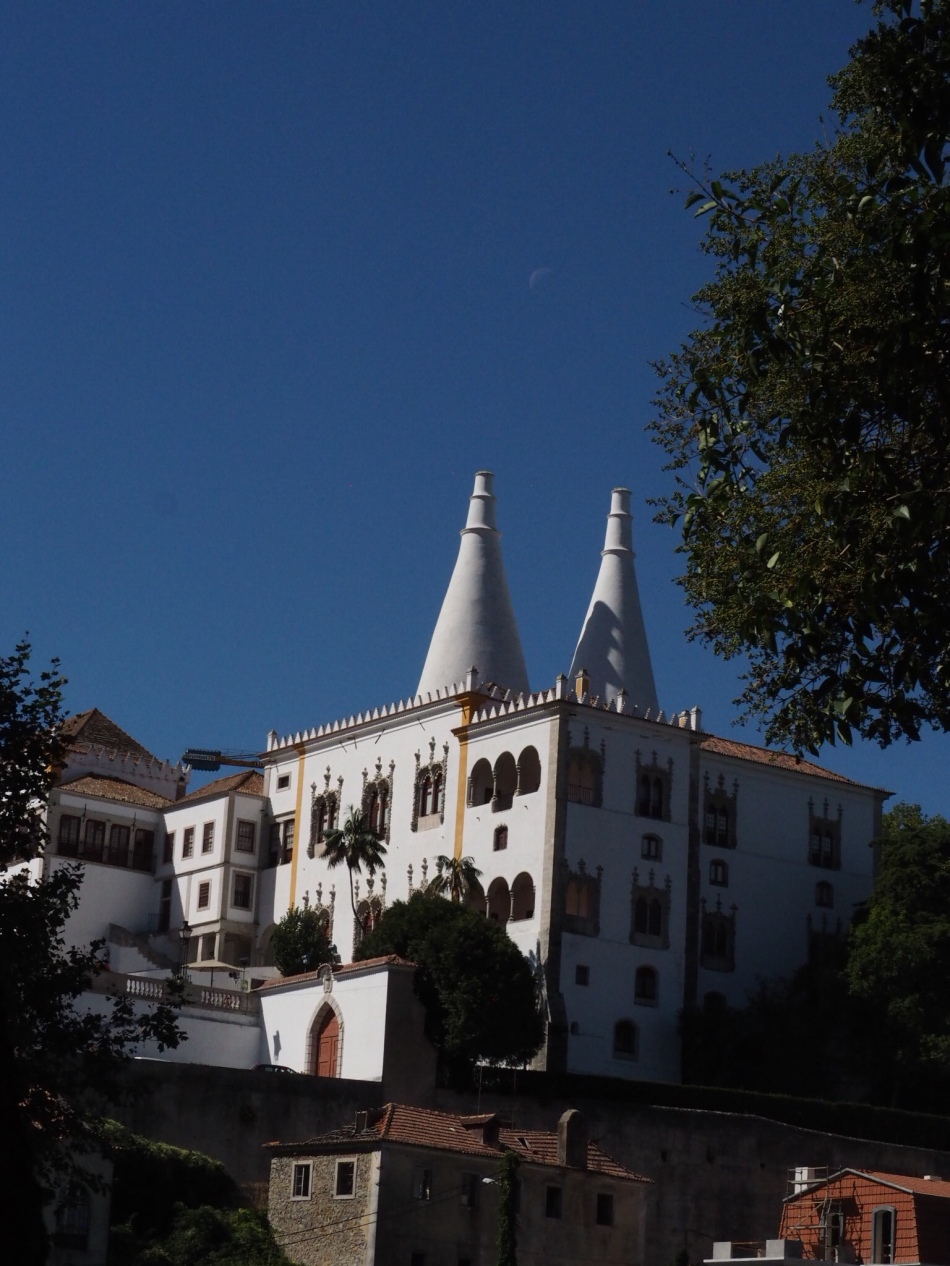 Descending back to our car amongst the common folk, we headed south, via the N247 along the coast, a beautiful drive, into Cascais leaving Sintra in our rear view until some future off season. 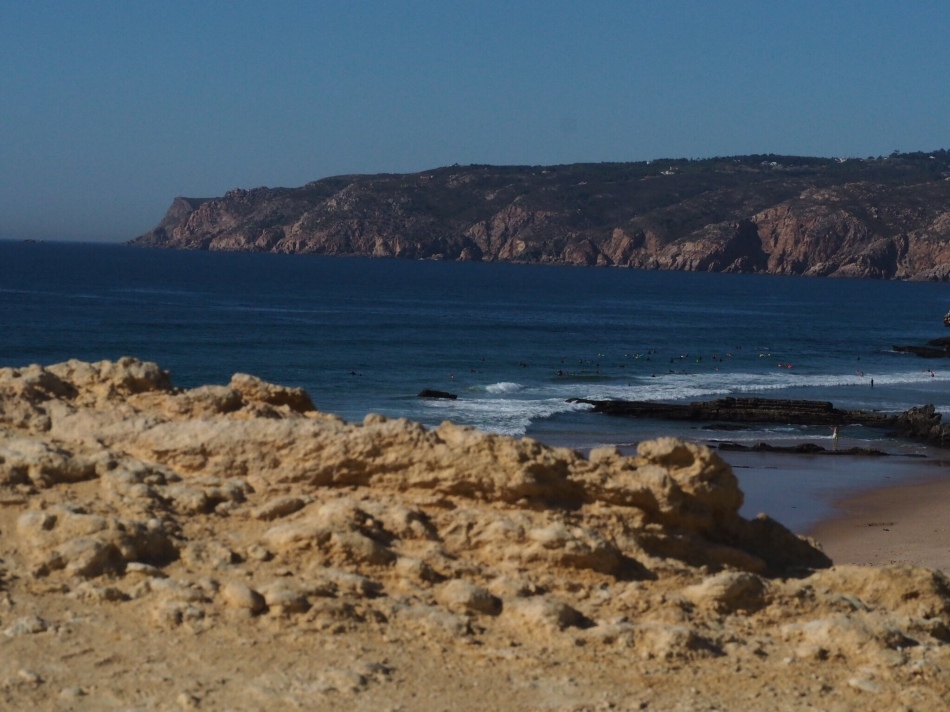 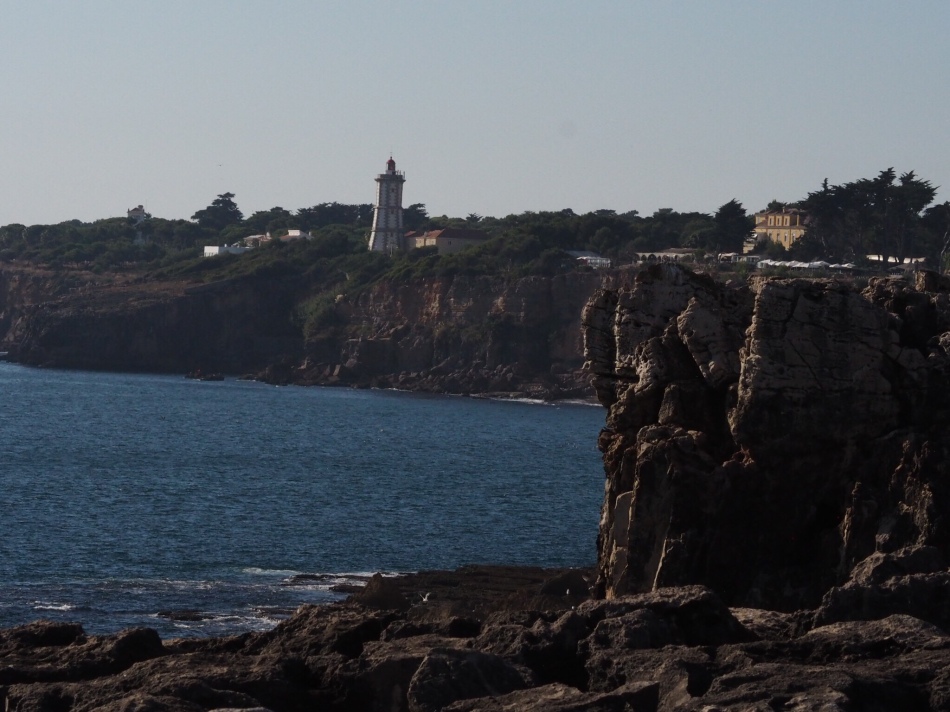 0 comments on “The Sintra National Palace, I mean who doesn’t have a Julius Caesar room?”