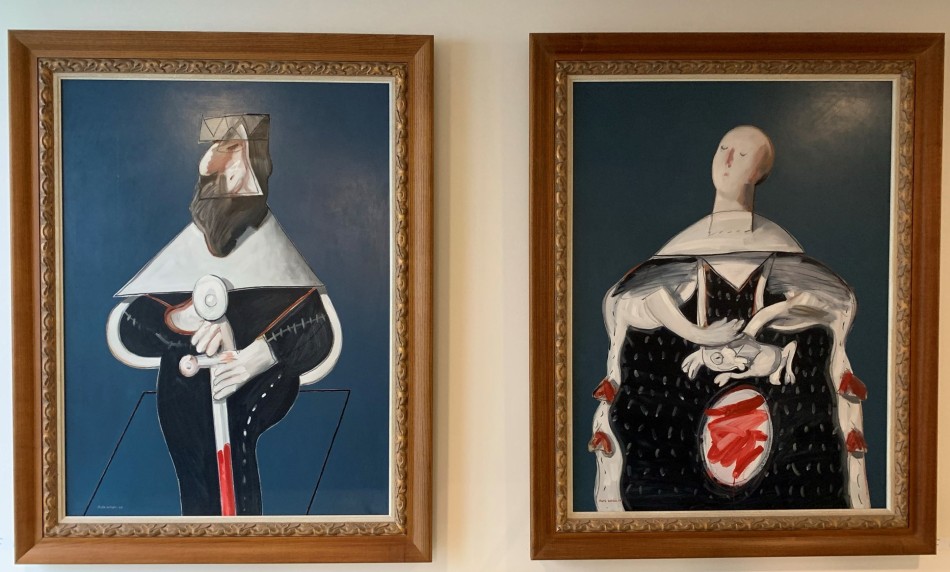 We stopped off from a quick overnight in Porto outside of Coimbra at the Quinta das Lagrimas. This was our second trip to Coimbra, albeit both being brief one-night stays.

The Quinta das Lagrimas is the site of romantic legend in Portugal. Pedro and Ines, the Romeo and Juliet of Portugal, used to meet on this land and Ines was murdered in the mata das lagrimas (forest of tears), but let’s not get ahead of ourselves….

Pedro was son of the King of Portugal, Afonso IV. Ines was from an influential Spanish family linked to the King of Castile. Being the 1350s, and only a couple of hundred years after Portugal became a country with the blessing of the Pope, the King of Portugal did not want the country to fall into Spanish hands. We’ve read several versions of some of the facts of the story, but most agree on several basic parts. Ines and Pedro were cousins through Pedro’s mother and Pedro was married to Constança Manuel. Nonetheless, Pedro and Ines fell in love. Constança Manuel, allegedly, made Ines godmother to one of her sons making their love even more forbidden, but nonetheless it endured. Learning of this, Afonso sent Ines into exile.

When Dona Constança died in 1345, Pedro moved Ines back from exile to Coimbra where they met in secret and allegedly married and had children who, bastards though they were, might someday take the thrown. Again, dad (Afonso) stepped in and ordered Ines executed by three assassins who killed her in the gardens where she and Pedro met. Legend has it that the tears she spilled at the time of her death are the source of the water of the fountain in the garden and that the rare red algae which grows there is her spilled blood.

But the story doesn’t end there…. oh no.

Pedro waged a civil war against his father over Ines’ death and after peace, his father’s death (not from the war) and Pedro’s ascension to the throne he hunted down the assassins and had them murdered in brutal ways including having their hearts ripped out of their bodies.

Ines was exhumed from the grave, paraded through the streets in a ceremony of coronation where, allegedly, the court were forced to pay homage and kiss the hand of the posthumously crowned queen.

Pedro had a tomb built for Ines, and another for himself, where they lie in the monastery in Alcobaça.

The Quinta das Lagrimas (Farm of the Tears) is now a hotel with a couple of great restaurants, a (unaffiliated) 9 hole pitch and putt golf course, just steps away from a bridge which crosses the Mondego River over into Coimbra. A great place to stay for a night or more to check out the legendary grounds and a legendary college town.