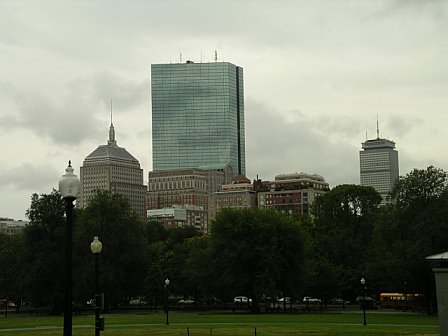 This Thanksgiving, like most recent Thanksgivings, we spent in the home of the Pilgrims (and of course those who came before them), the Battle of Concord Bridge and Paul Revere, John Adams, John Q Adams, Ben Franklin, John Hancock, Sam Adams and JFK.  The home of Henry David Thoreau, Walden Pond, Robert Frost and Louisa May Alcott, Matt Damon, Ben Affleck and Leonard Nimoy.  And the home to the greatest baseball team ever and the greatest baseball stadium anywhere ever.  Yes, I’m talking about the Boston Red Sox and the “cathedral of Boston” (no offense Catholics, this is a reference to “The Town”), Fenway Park.  If you’re not familiar or not following yet, I’m talking about the Commonwealth of Massachusetts.

Visiting the state of my birth always brings back memories of many work and pleasure trips to the city of my birth: Boston, Mass.

So, if you have a few days or a weekend to spare and want to visit the aforementioned city, here’s what we would recommend as a starting point:

First, we’d choose summer, or perhaps fall, for a visit.  The weather is better (though can be humid) and most of the following favorite activities are outdoor ones:

While there are many more sites: Harvard University, Old Ironsides, the Museum of Fine Arts and for kids the Science Museum and the New England Aquarium, if you have limited time the above list would be our top picks.

“Down by the river.
Down by the banks of the River Charles.
That’s where you’ll find me.
Along with lovers, muggers and thieves.
Well I love that dirty water
Oh, Boston you’re my home”.

2 comments on “A Wicked Good Time in Boston”