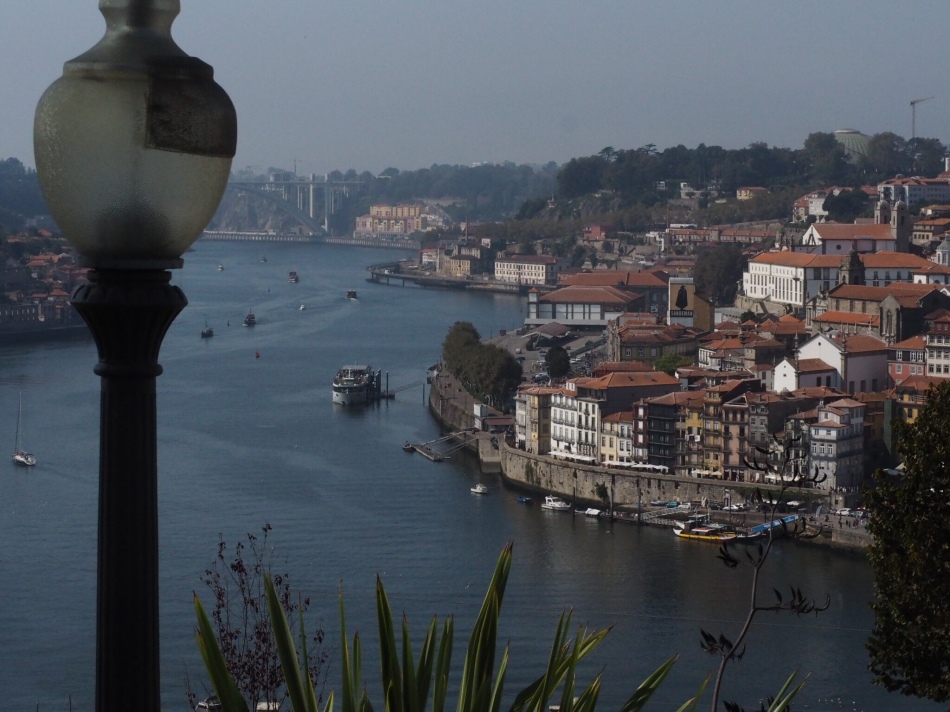 If Coimbra’s train station makes you initially question why you are there, Porto’s embraces you with open arms. It’s walls are adorned with blue and white ceramic tiles with “scenes of daily life” and everyone seems happy to be there. Stop, look up, take a minute and soak it in…. welcome to Porto. 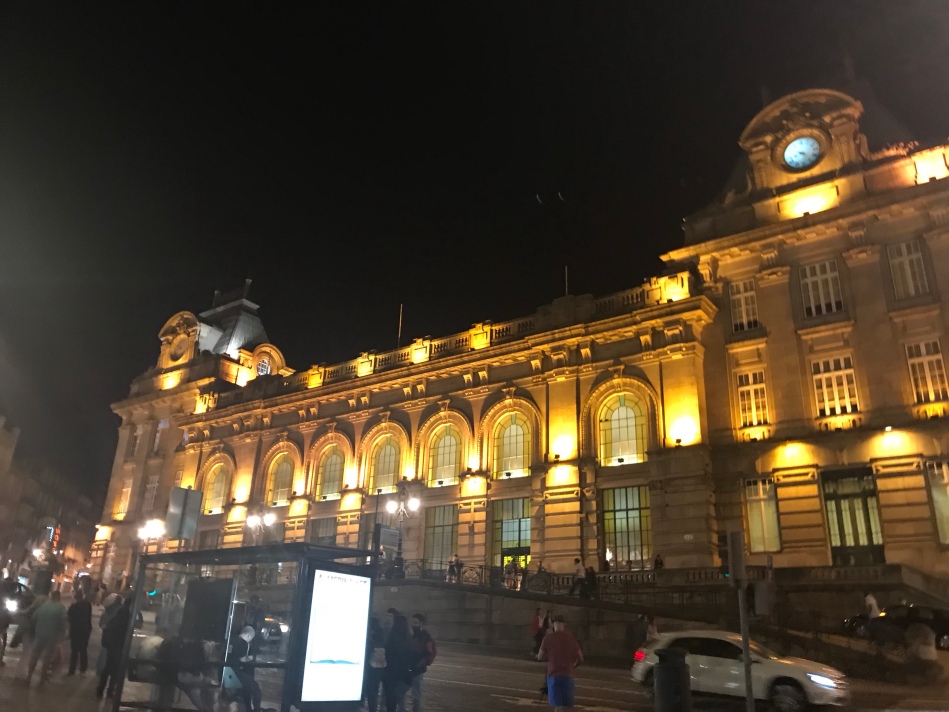 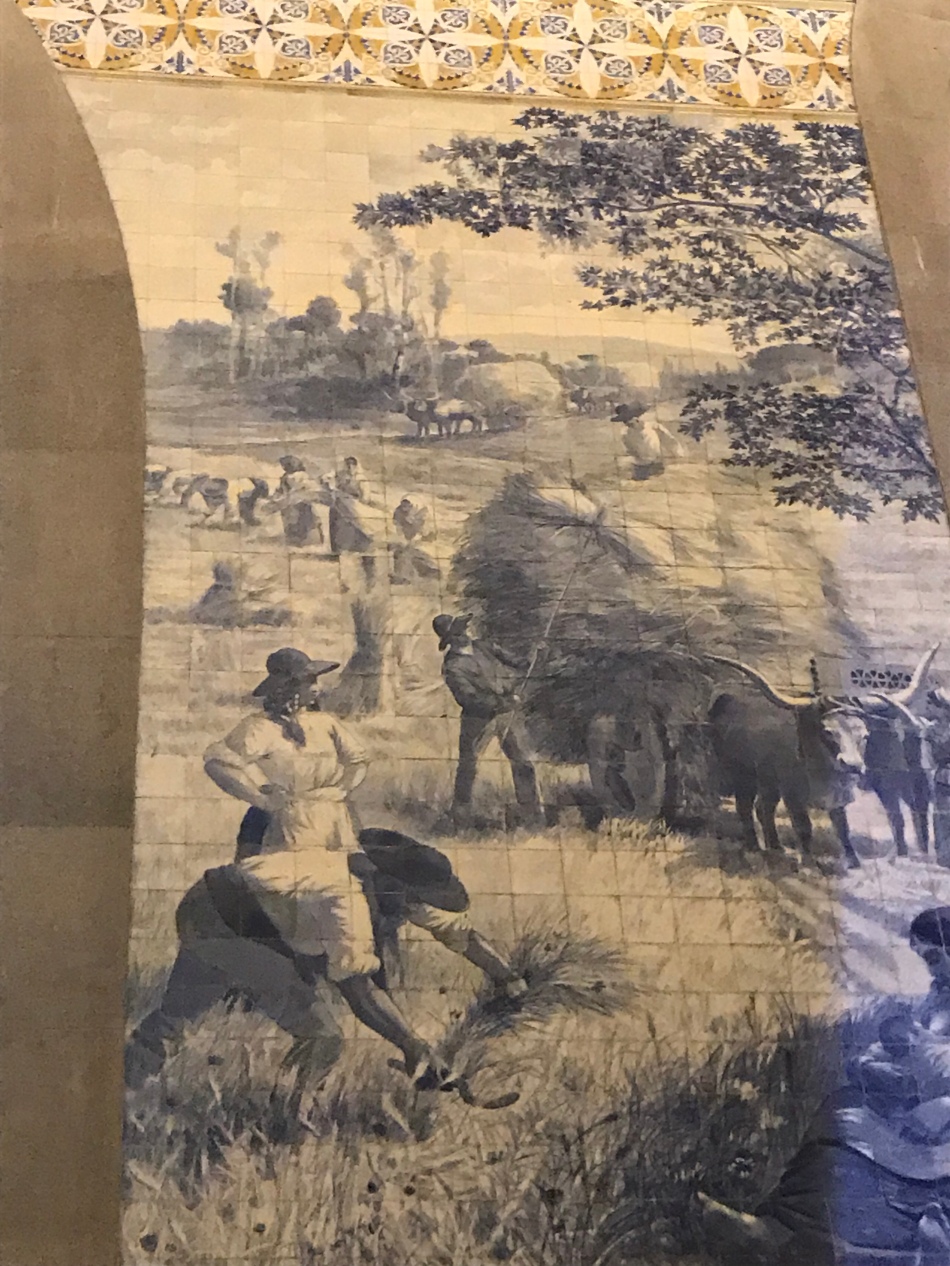 This city straddles the Douro River where it meets the Atlantic Ocean. It’s multiple bridges rise higher and higher towards the sky from the banks of the Douro approximately 280 feet below. The pastel colored buildings of the old city and waterfront landings bustle with restaurants, wine bars, markets and port cellars and distribution operations. 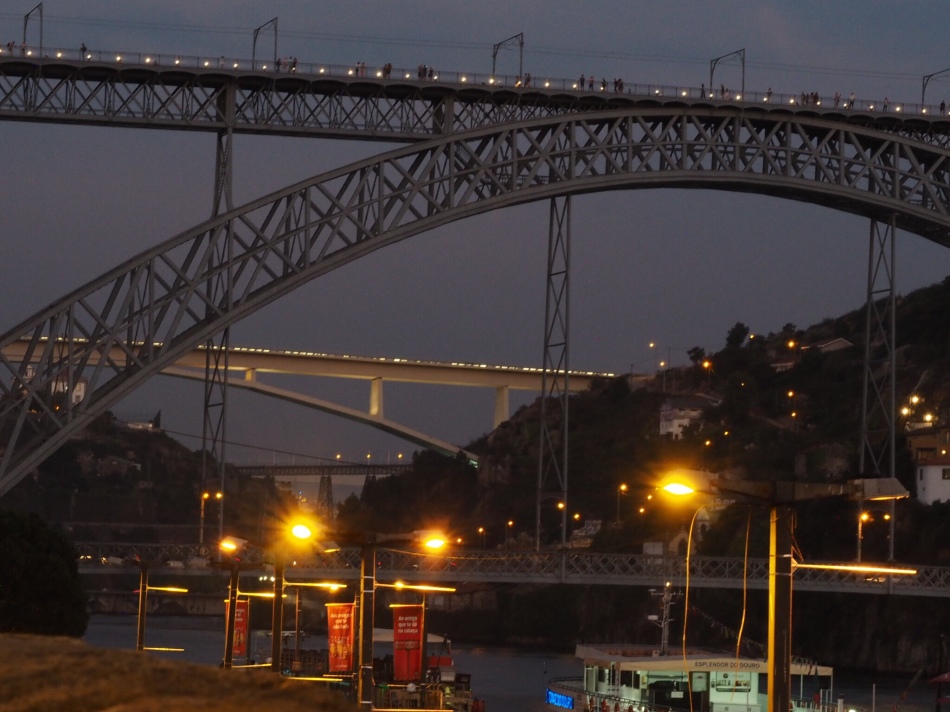 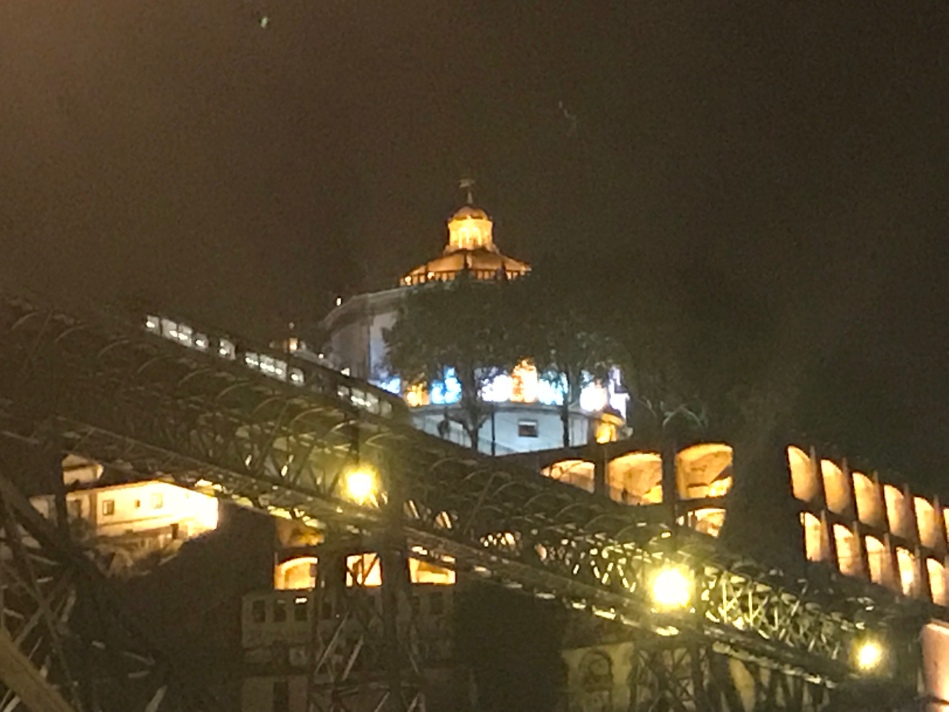 Port wine derived its name from the city of Oporto from where it was shipped to other parts of Europe and the Americas. A trade war between England and France led the British to explore alternatives to French wine and planting vineyards in the Douro Valley became one solution. Because the land between the valley and Porto was too rugged for wine transport, it was transported down the Douro to Porto and beyond from there. Initially, brandy was mixed into the wine as a preservative for shipment. This is now done as part of the fermentation process of port and helps give it its distinctive taste. While in Porto you can choose from several wine cellars along the banks of the city to tour and learn about port (we did not, since we went to Douro Valley already). (Source: https://www.taylor.pt/en/what-is-port-wine/history-of-port/the-birth-of-port). 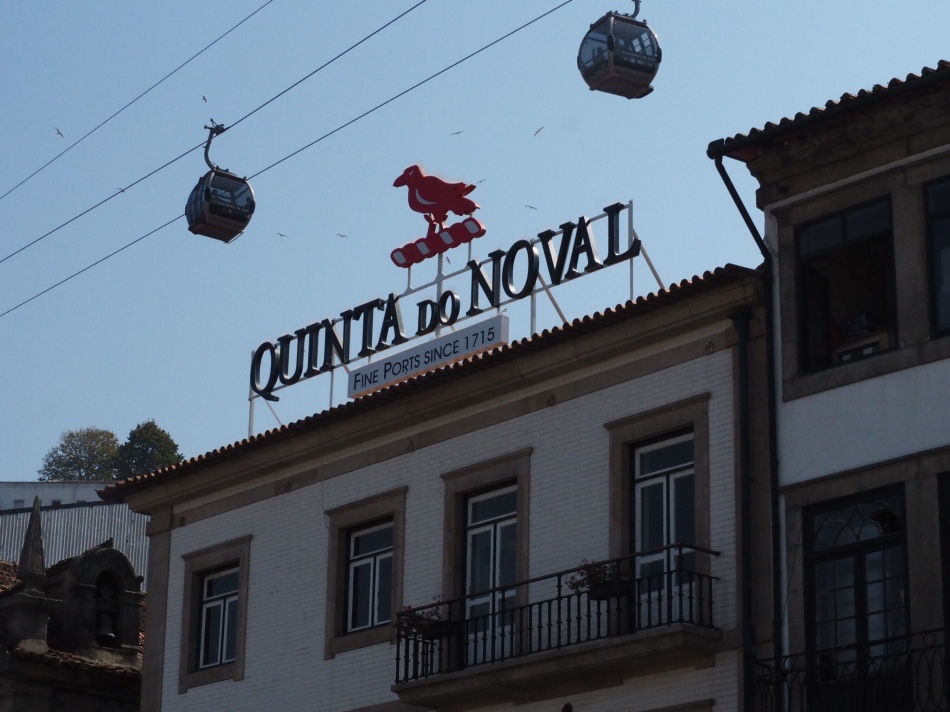 Aside from the train station, we checked out the cathedral, whose views of the city below affirm its position as a place of God, and the Tower of Clerigos but we mostly just wandered about, both day and night, people watching and letting the weekend pass by.

Tip# 1: most places in Porto (in contrast to Lisbon) charge a fee to get in. This includes the Livraria Lello, the bookstore which JK Rowling of Harry Potter fame frequented while living here. Also, get to sites like the bookstore or the Tower early before the crowds. Tip #2: if you don’t like winding narrow stairways and somewhat cramped spaces, skip the Tower. It won’t be your cup of tea. 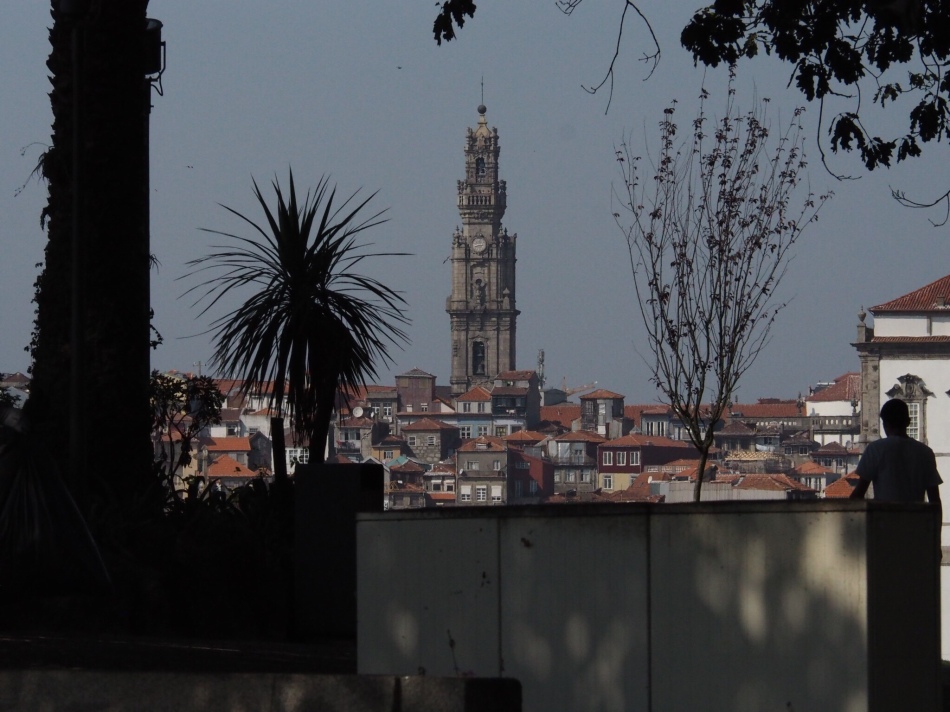 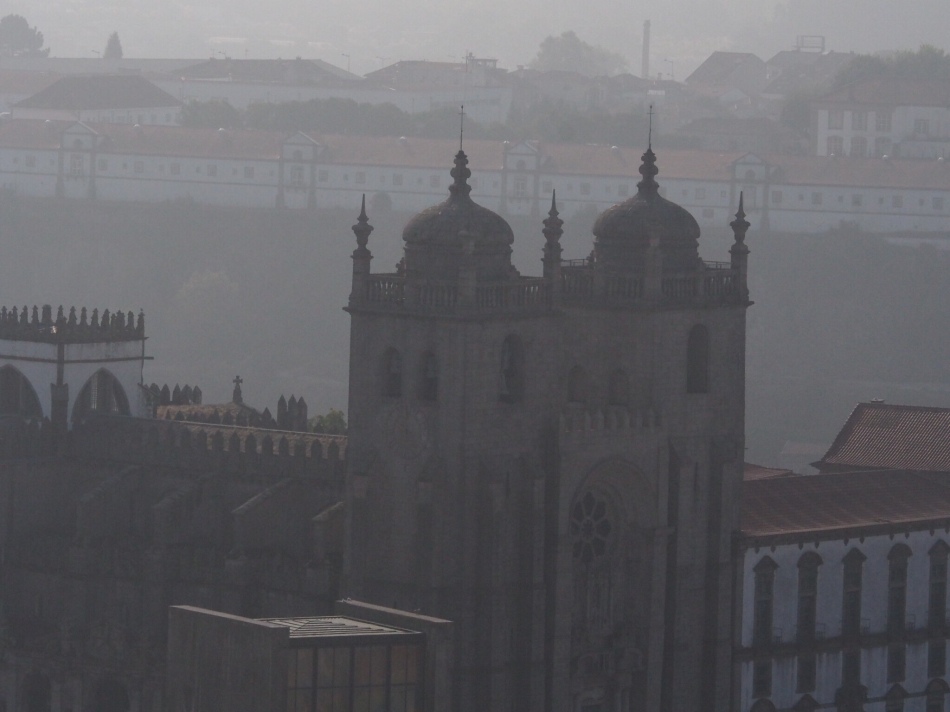 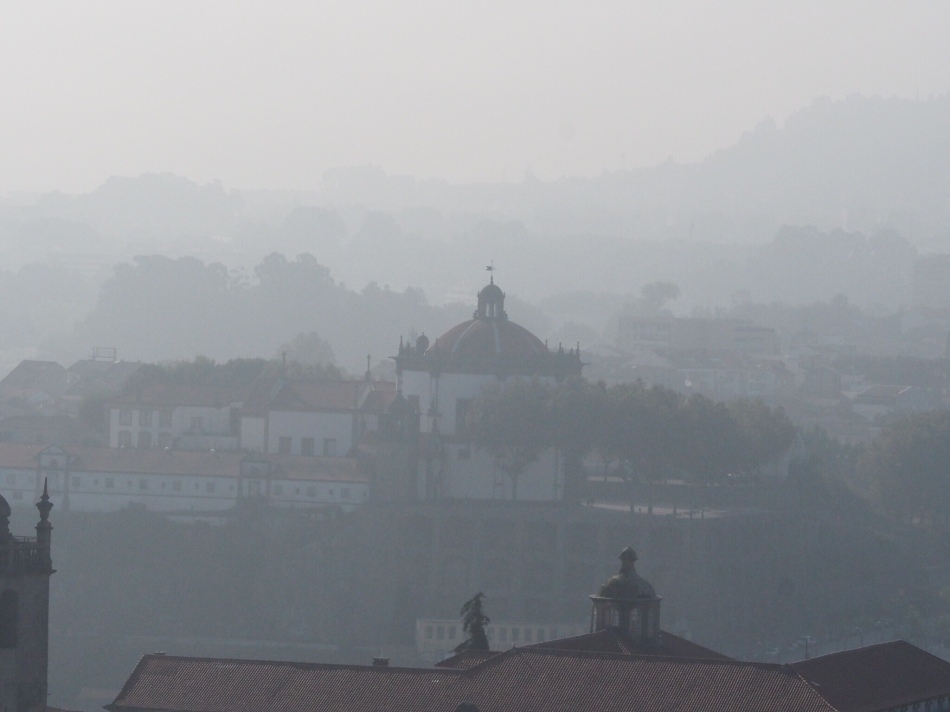 For food, we had some of our best meals in Portugal in Porto. We started at Puro 4050 with squid ink pasta and wild boar. 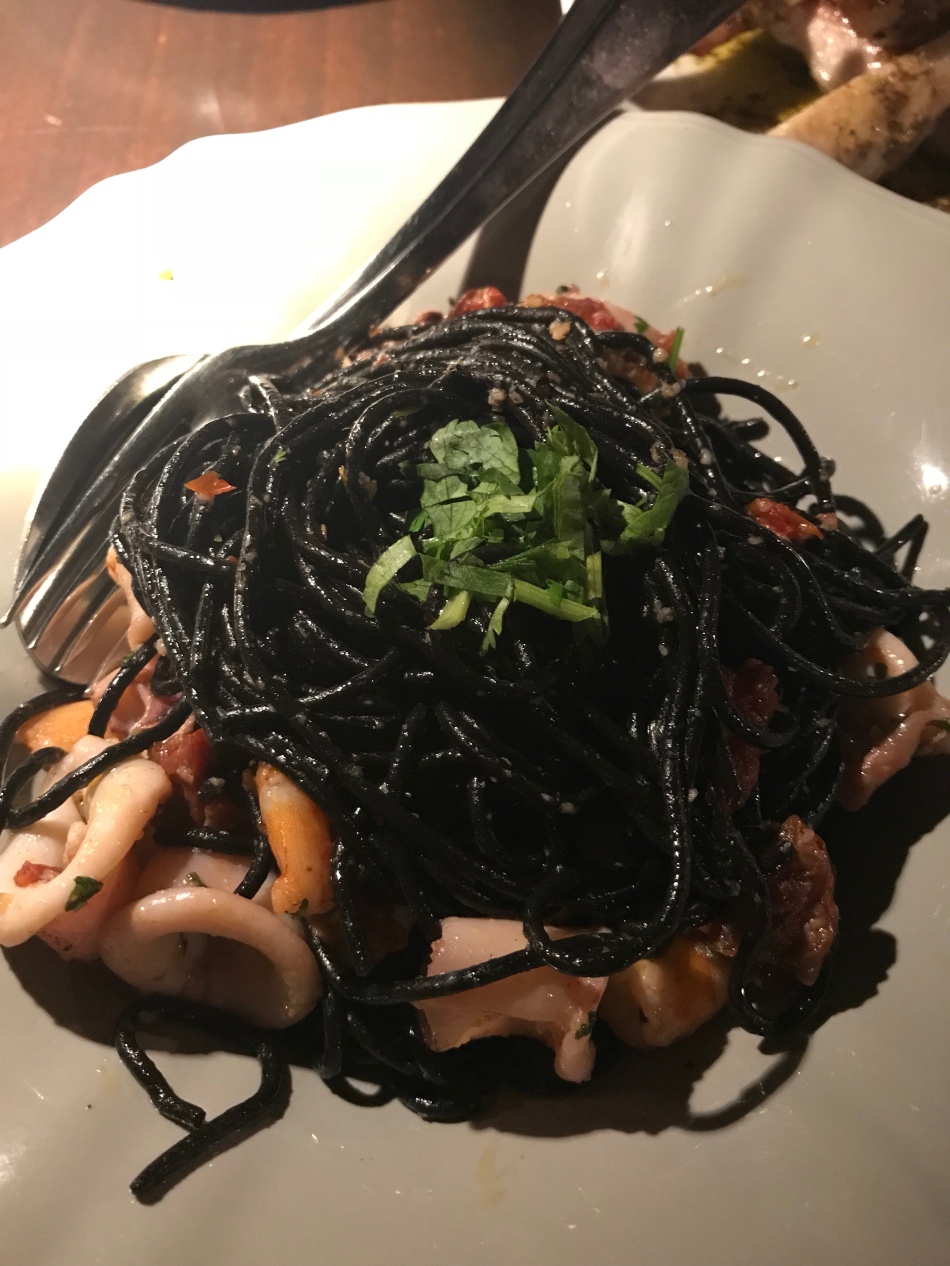 Friday night we chose Tapabento next to the train station and had seafood two ways: the daily special and the curry. Both had basically the same assortment of monkfish and shell fish but had distinct tastes upon which we overtasted. Reservations recommended. They spill out of this place waiting, at least they did the Friday when we were there. 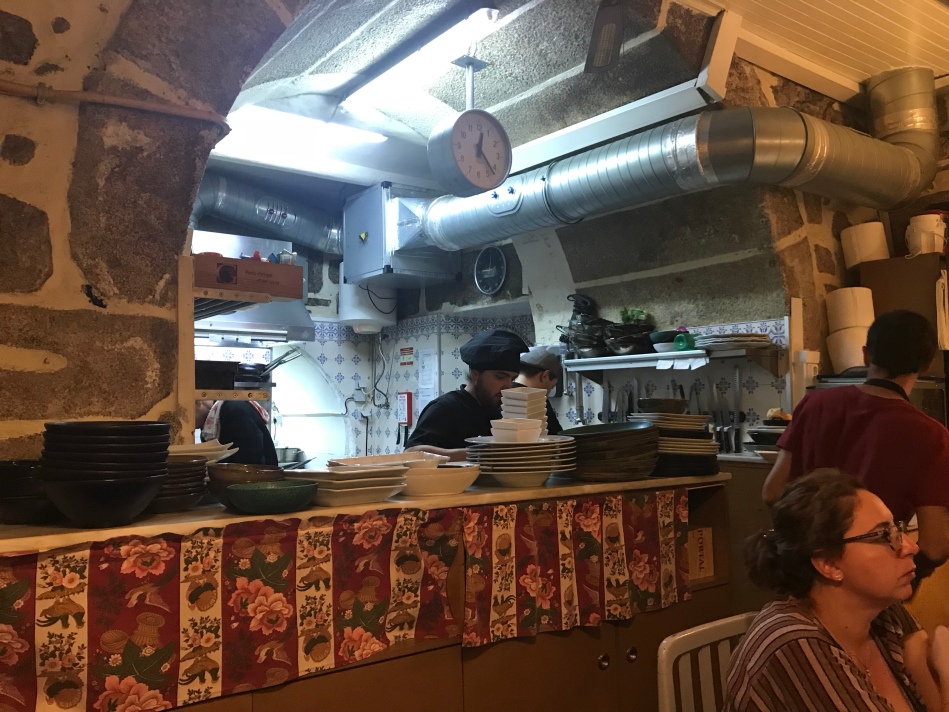 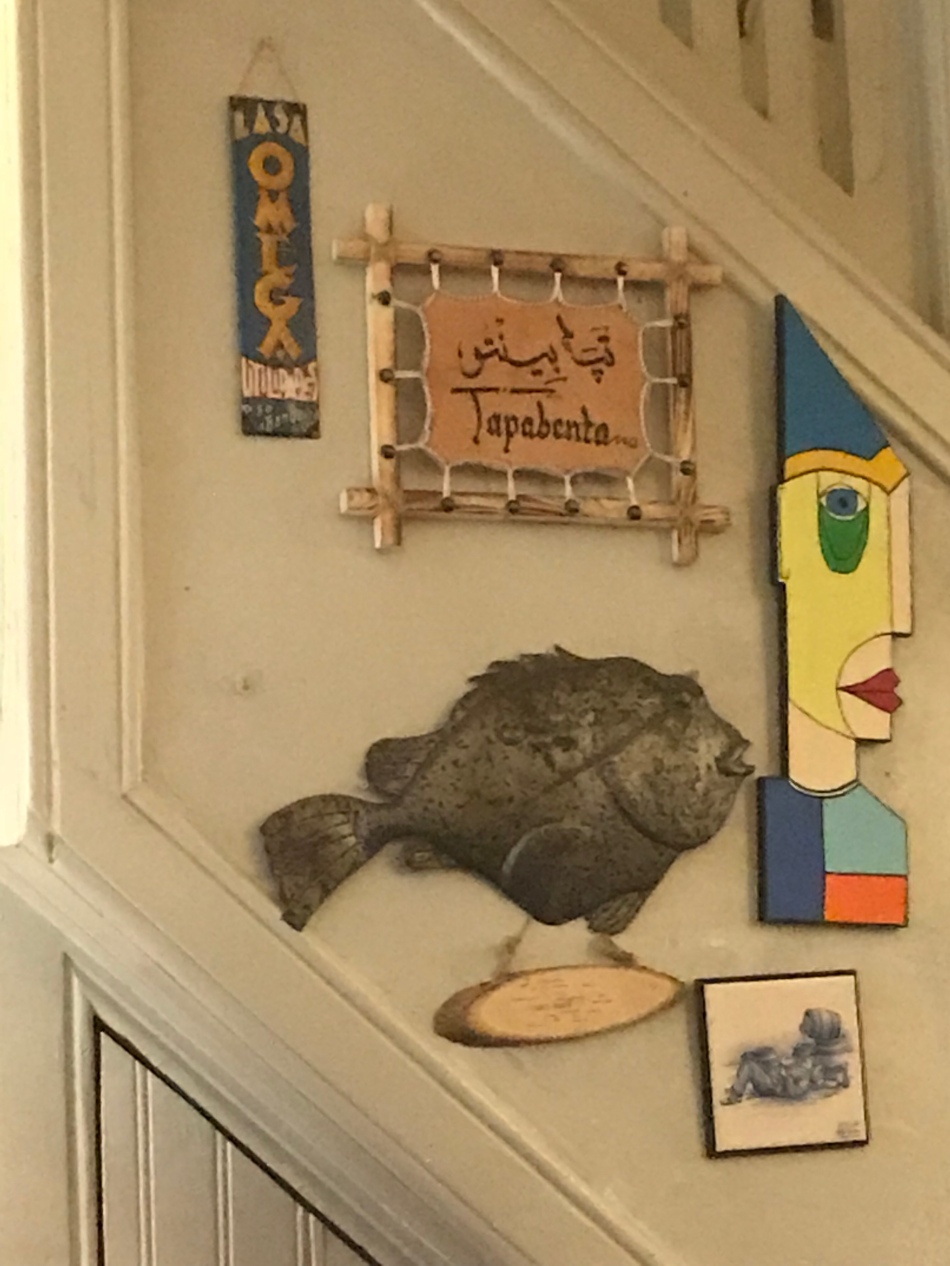 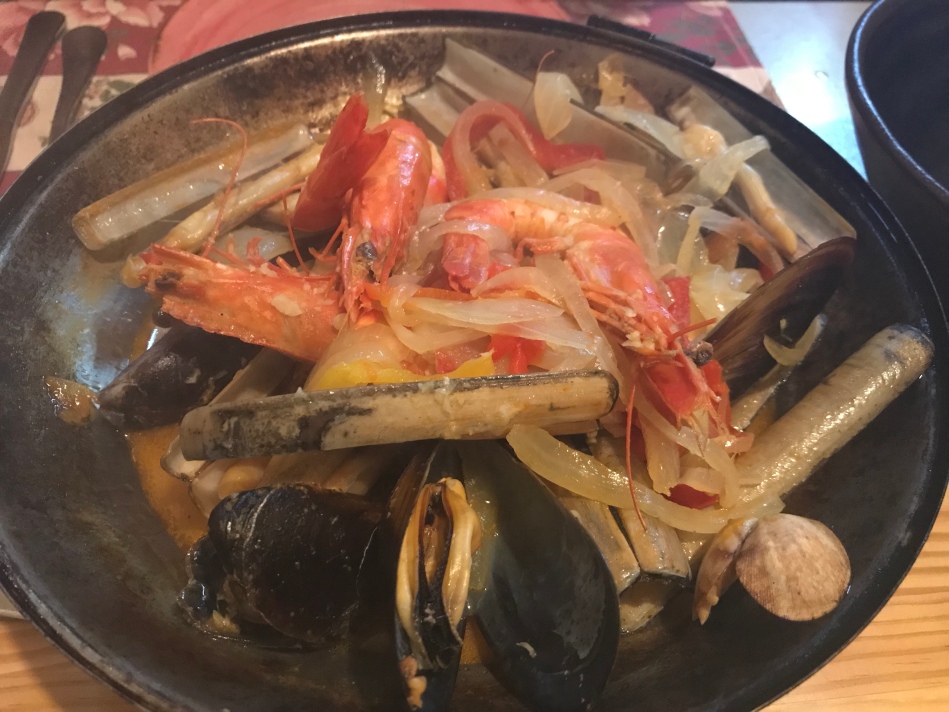 On Saturday, we chose O Comercial. Located in the stock exchange building the building itself is worth checking out. We had their prix fixe menu that night which included a puff pastry with ham and brie, a game sausage and traditional bachalau (Portuguese cod). The desserts were incredible too. 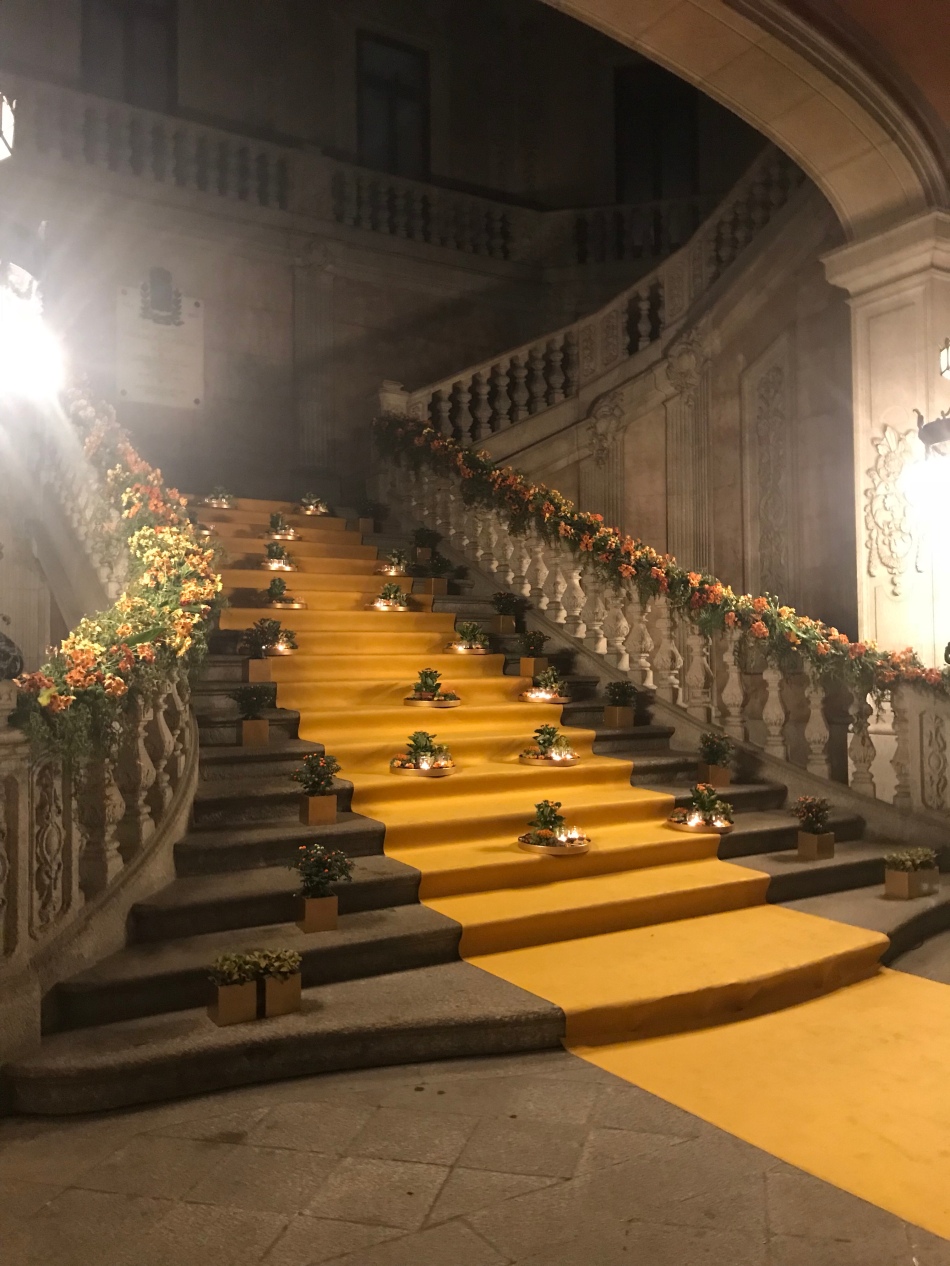 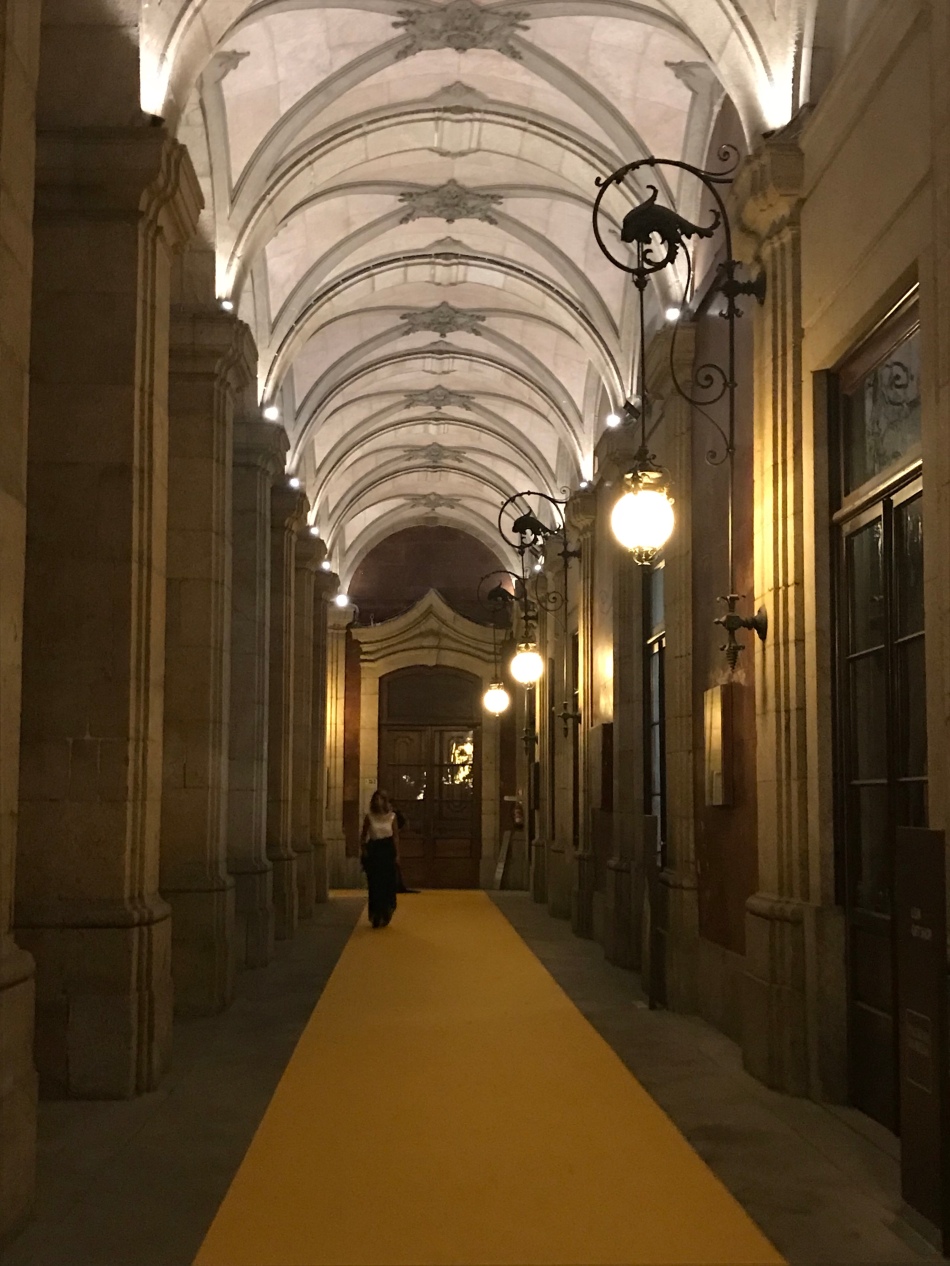 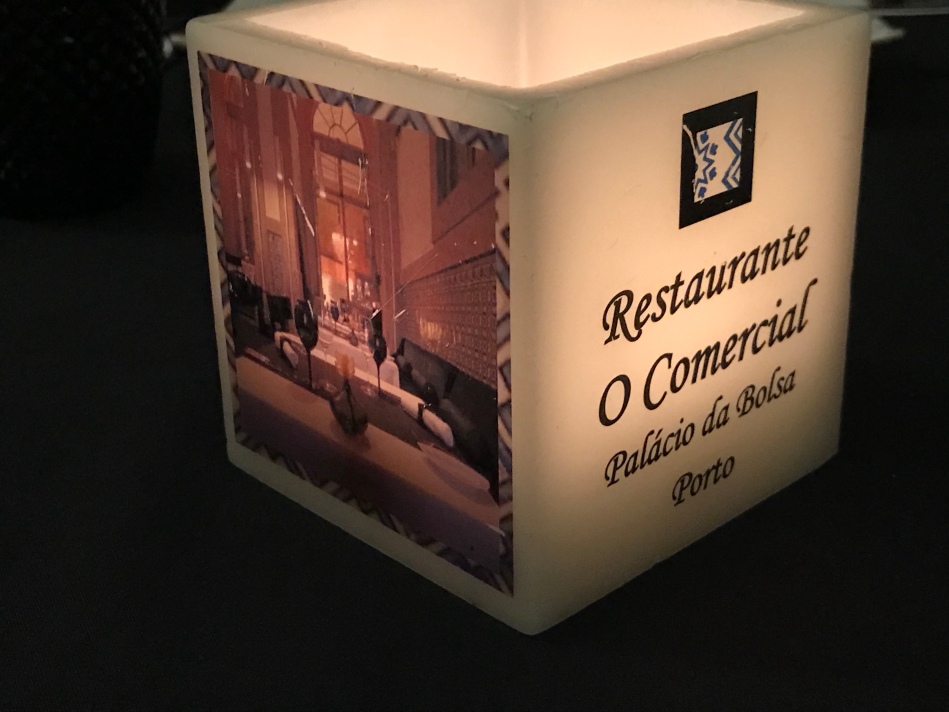 On our last night we went a little more low brow at Peter Cafe Sport, dockside, where the cod cakes are well worth it.

Porto is under massive construction, cranes dot the traditional skyline and during the week construction noise rings loudly throughout. After Portugal’s troubles in 2008, we hope this revitalization continues and the growth and tourism continue to be a positive for these wonderful people. 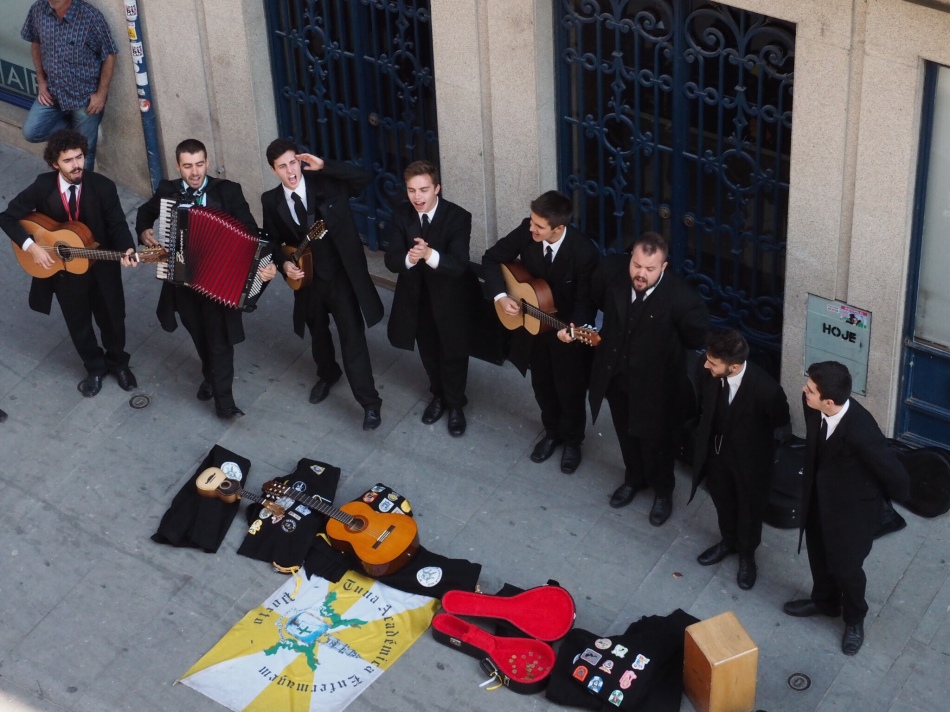 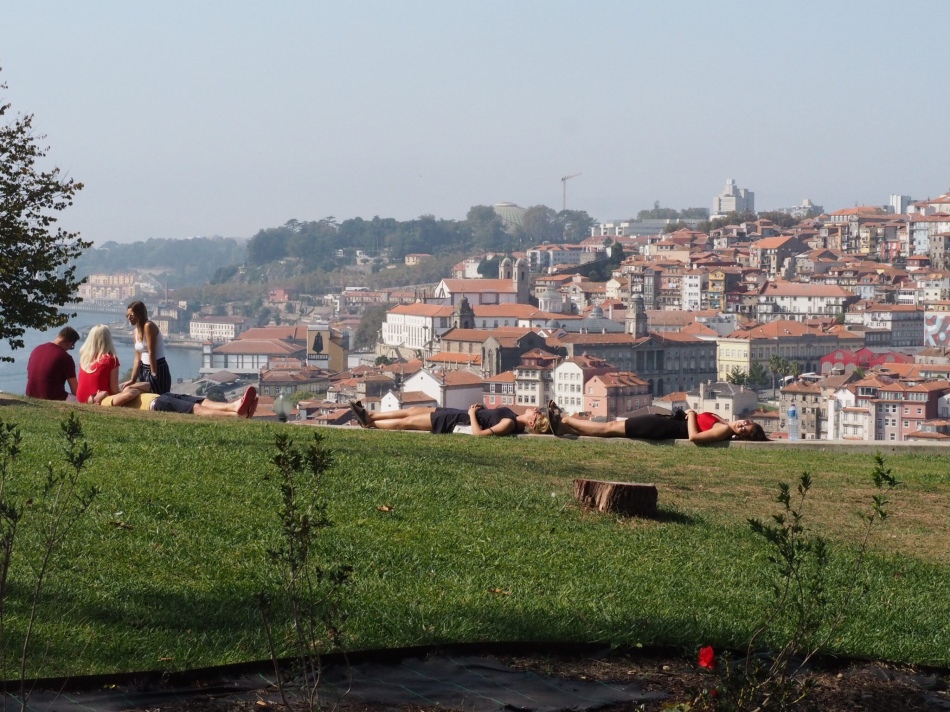 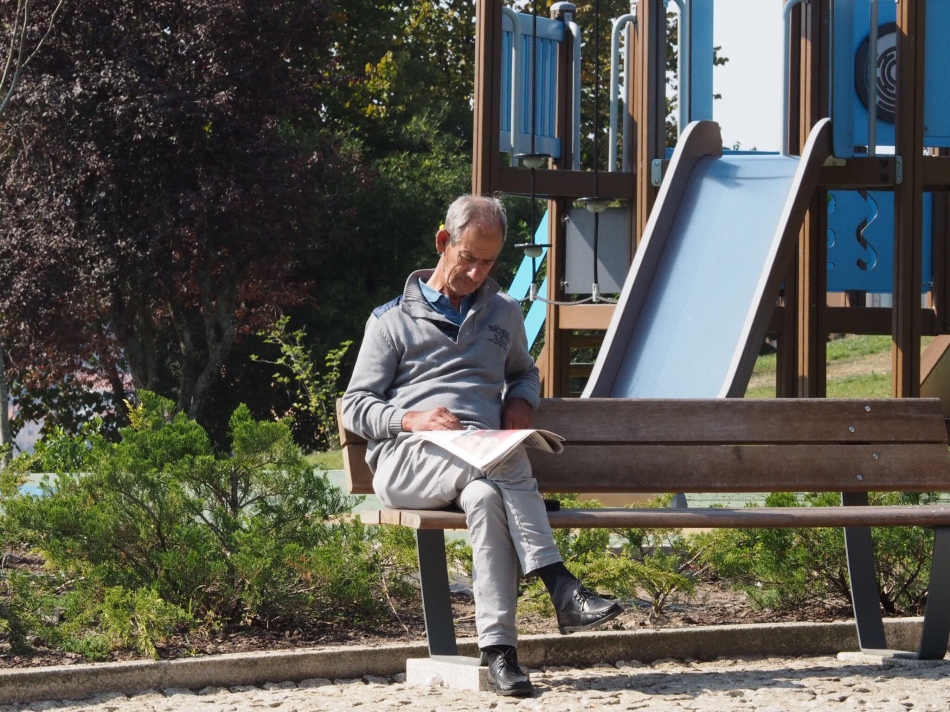 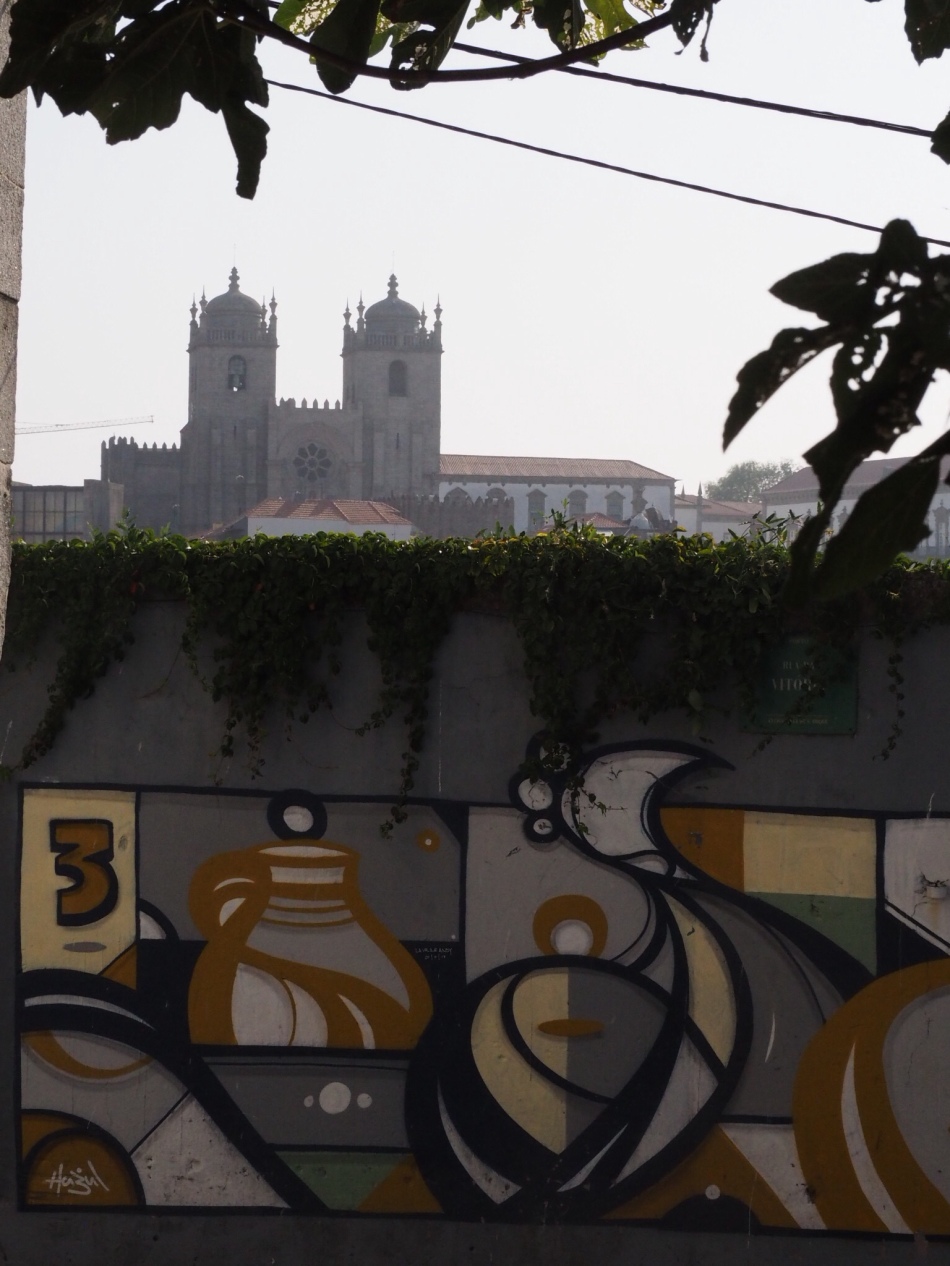 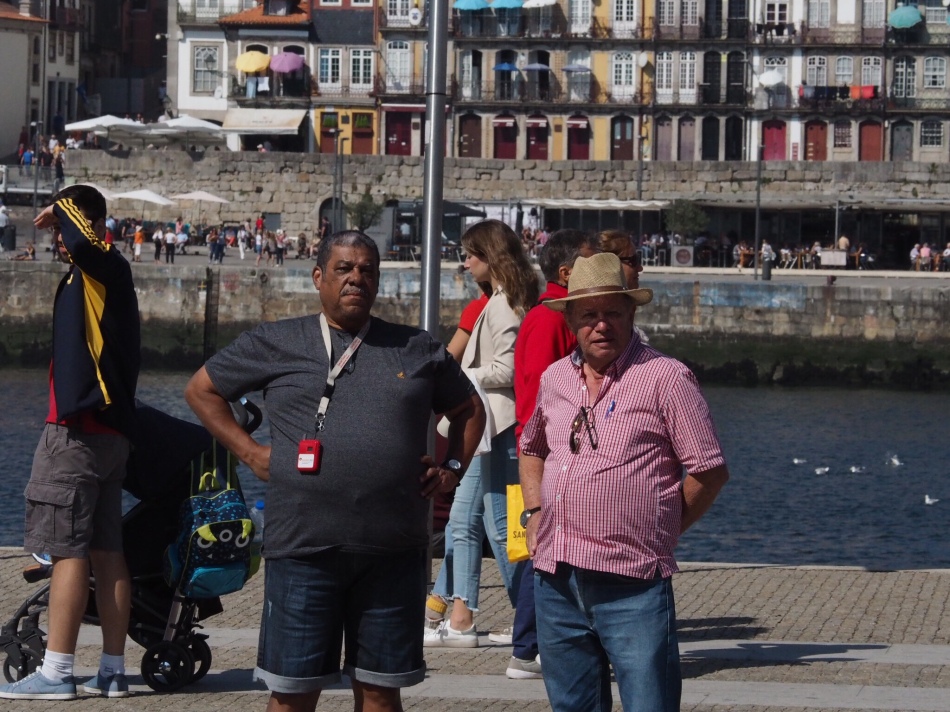 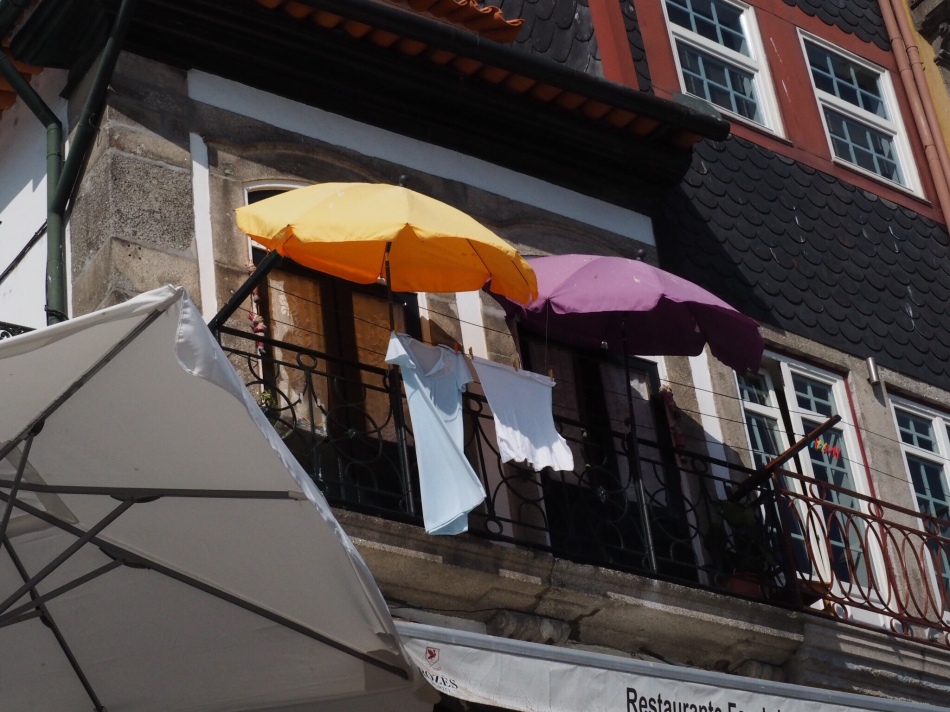 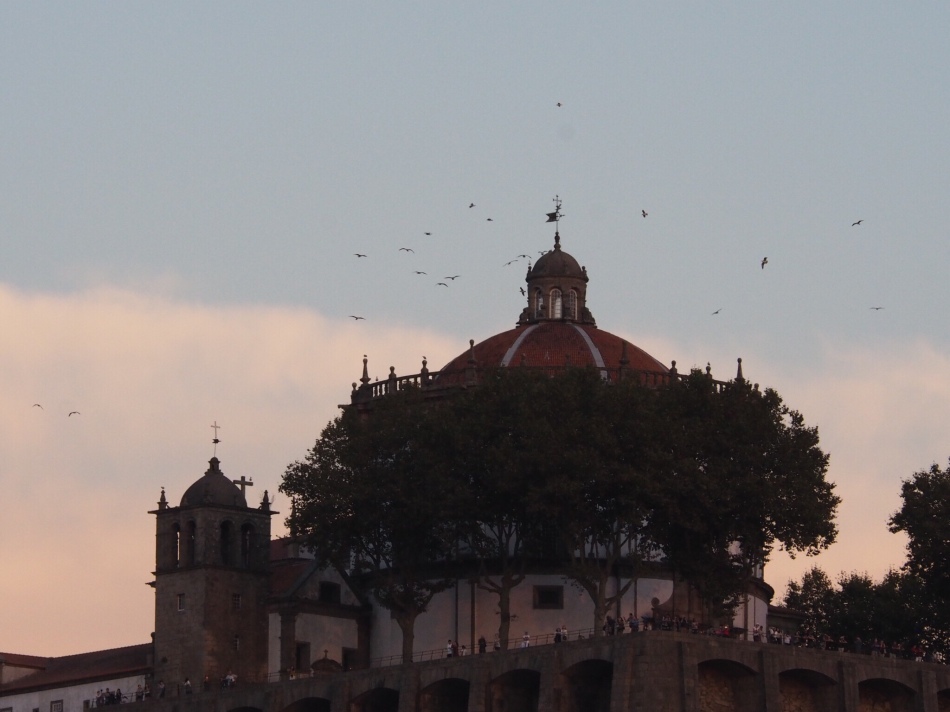 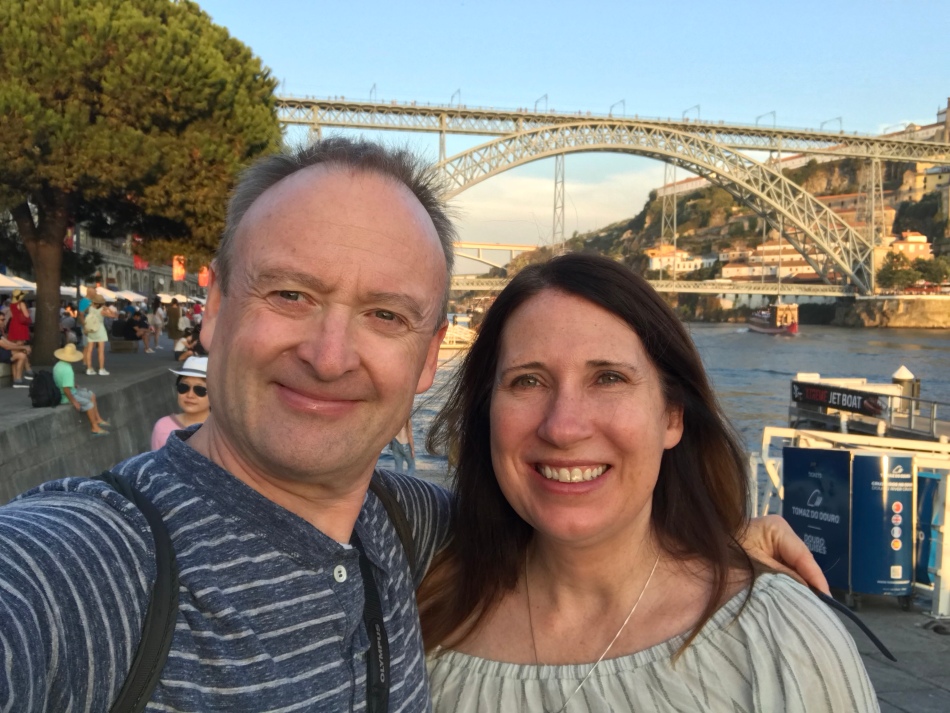 0 comments on “Porto Portugal on a weekend”