Rock me on the water

The wind is with me now

So rock me on the water

I’ll get down to the sea somehow

Now that we’ve been back on terra firma for almost a week and back into the grind, begrudgingly, it is time to reflect on our time at sea and the top 10 things we liked about our first cruise together:

1. The staff. I am not sure if Viking is unique in this (I suspect this may be so) but the staff are wonderful. The bartenders, waiters and waitresses, excursion people, cleaners, etc were amazing. They know your names and preferences in what you like to eat or drink and their training must be incredible. This cruise line is a model of customer service.

2. The ship movement. We were both blessed with enjoying the movement of the ship. It rocked us to sleep and soothed us. Thank goodness we didn’t require the Dramamine pills or patches. My Fitbit only thinks I slept about an hour or so each night, but whatever, it does not rule me.

3. Easy to work out. On this particular ship there was a quarter mile jogging track on deck 2 (can’t even tell you how many laps we did but we did at least 2 miles per day) and a fitness center which was surprisingly well utilized.

4. Variety of beautiful spaces. Perhaps a Viking thing… the Wintergarten library, the pool lounge and aquavit deck aft and, our favorite, the Explorer’s Lounge on deck 7. Just awesome.

5. The lectures and talks. There are several experts on board (anthropologist, an historian, an astronomer) who give really good talks about where we are going and the history of the people and the development of those places. Dr Dave Roberts from San Diego was particularly good (drdavesandiego.com).

The cruise line also does a port talk each day prior to getting into port with what to expect and logistical details for excursions. We figured out that they record them and put them on the tv so we only went to one live and watched the rest the evening before or morning of arrival, but they are well done (only bummer was you could not fast forward or pause).

6. Our fellow guests. We made several friends on board. Tip: strike up conversation, you’ll learn all sorts of stuff about the people on board. On this cruise there were lots of cruisers and world travelers with interesting stories to tell.

Sure, we had some who were less desirable, and since I enjoy making fun of ridiculousness let’s do that for one minute:

We expected more of the above and we were very pleasantly surprised that this was the vast minority.

7. The excursions. We only upgraded one (the train across Panama) and all of the included ones were great. They were well planned, well described and well executed. We had one which was canceled due to rain and no one told us we were going to a different destination until we were all loaded onto busses, but we found delightfully little griping about that from our fellow guests.

We chose this cruise, in particular, because it went to some interesting places which we didn’t think were as easily accessible on our own and the excursions really helped us explore them. They also taught us which places we thought we might like to go back to again, on our own.

8. The food and hand hygiene. Wash your hands people, it’s cold and flu season. There were hand sanitizer dispensers everywhere and sinks with soap near every restaurant which made it easy for two of the planet’s biggest germaphobes to keep our digits clean.

There were several restaurant and snack bar options and we never really hit the fourth buffet-style option (buffets and germaphobes do not gel well). The “Chef’s Table” in particular had interesting fixed menus (like gourmet Chinese for New Years). You can book in advance online and we did on “at sea” days.

We also upgraded to the silver booze package for something like $20 per day each. Uh, they didn’t see us coming…

9. Live music. All sorts of options in all sorts of spaces about the ship throughout the day. We particularly liked “Valentino”, resident guitarist (if he wasn’t named that on his first name day, it was well adopted, if there’s a picture of a Valentino in the Webster Dictionary, it’s of him) and the classical trio.

10. Sunsets. Last and absolutely not least, watching the sunrises and sunsets (mostly from our balcony which all guest rooms have) were maybe our favorite thing. These humid climes really put on a show at night and we watched every one with a sundowner.

Our travel consultant with whom we booked hooked us up on the starboard side so we got some of the more interesting views and most of the sunsets. So, when you book, ask which side. It paid off for us. 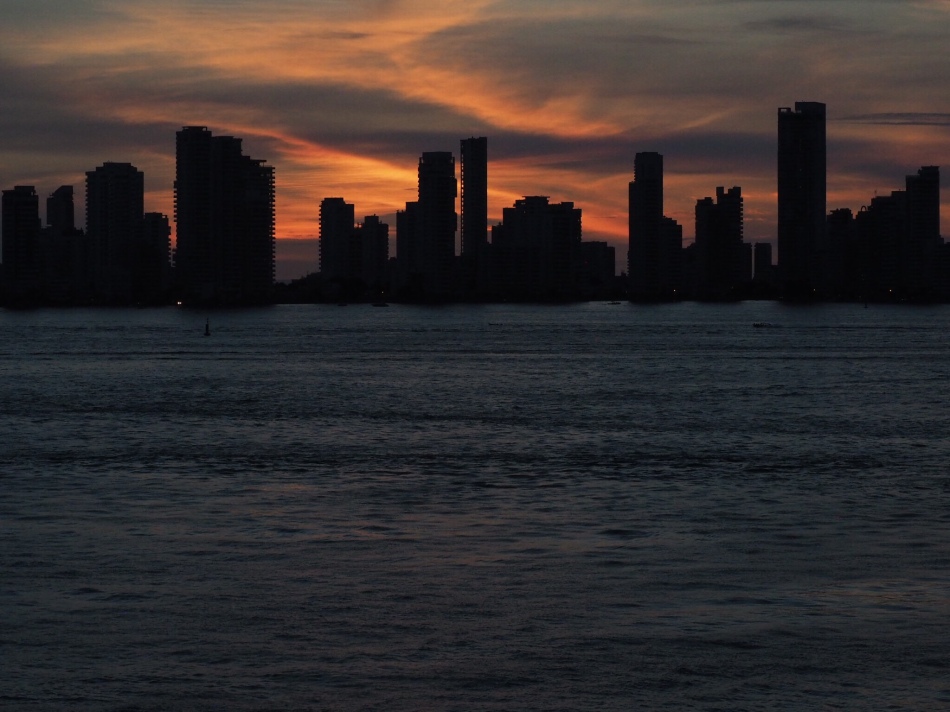 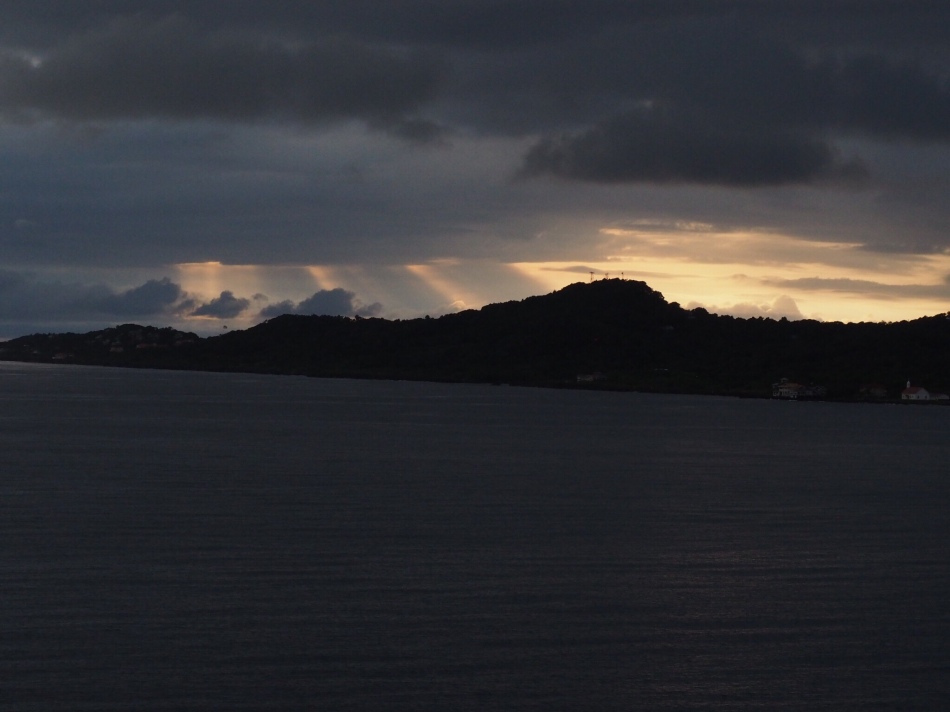 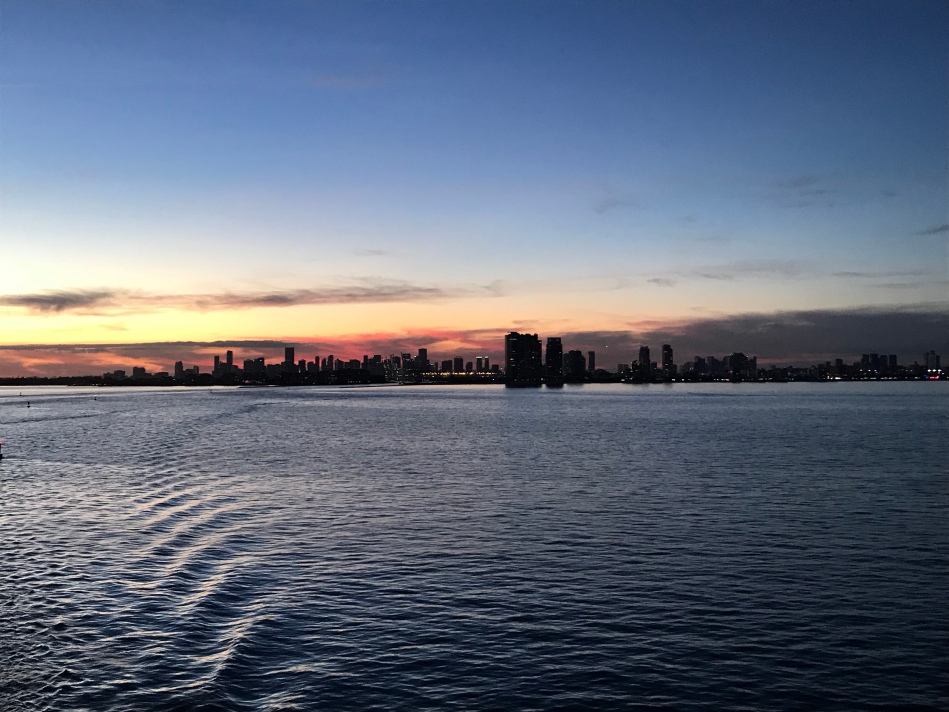 1 comment on “Rock me on the water: our first cruise top 10”