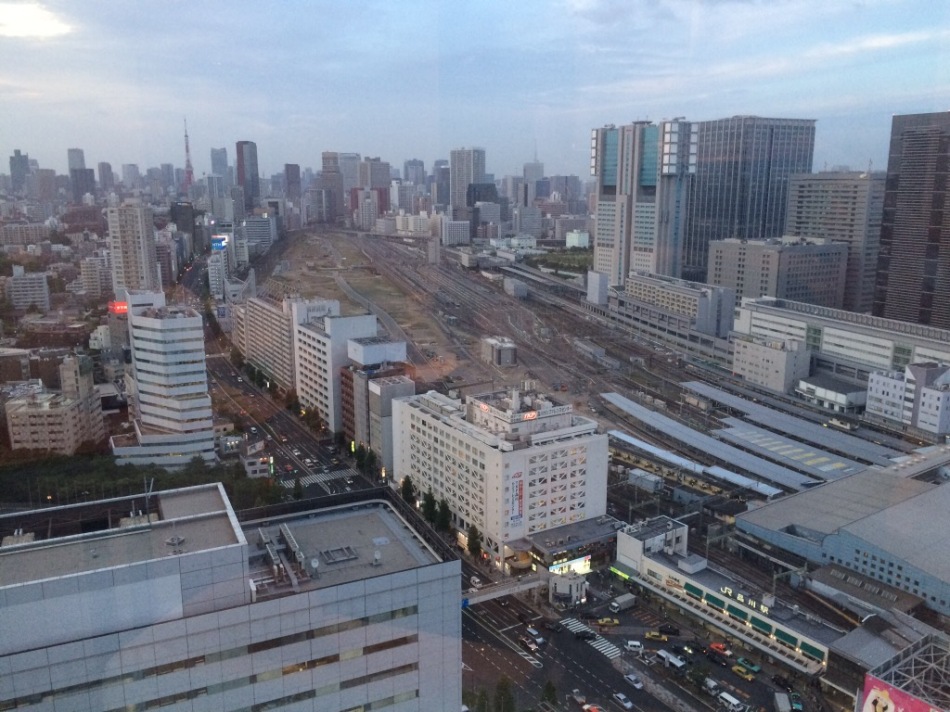 Konichiwa and welcome to Tokyo…  If we are really going to do this big world tour thing then this is a good toe in the water for Melissa into Asia. I am not that worried about me (after getting over being completely overwhelmed in my first two days of a five day business trip to India in 2009, I actually returned home wanting to go back, as a for instance) but we sometimes wonder if the crowdedness and Asian culture is something she will get or dig for extended periods of time.  I say this even though she was born in the Phillipines and her first words were in Tagalog. She totally gets Europe, but we weren’t that sure about Asia. If our first 16 hours are to be trusted, Japan will work out just fine.

We arrived in Toky0 yesterday afternoon and hopped the express train to Shinagawa station to spend our first night at the Shinagawa Prince Hotel. The rooms are simple but the view of Tokyo at night on the top floor lounge is incredible. As we had expected by reputation everyone is so polite and orderly, thus far. For example, while jet legged and sweaty from running through the airport (air conditioning was not a-plenty or even existing) and dropping my freshly exchanged yen all over the floor, people were picking it up to hand it back to me.

We have found an absence of English speakers outside of the service industry (hotel reception, bank) and I think we were handed off to one of the only English speakers at the restaurant last night. So, I am thinking the phrase book will be a permanent appendage for the next couple of weeks. 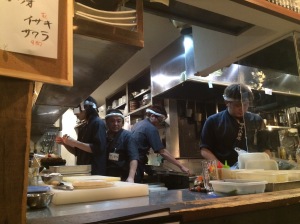 Dinner was made a less interesting adventure when aforementioned waiter handed us the English version of the menu, but we were totally up for rolling the dice and using our menu guide to translate, even on no sleep. Dinner was oishii (delicious). I couldn’t tell you the name of the restaurant or what the waiters were yelling all night but it was amazing. We started with the best tuna sashimi I’ve ever eaten, followed by a grilled squid dish (which was the lowlight, honestly, though I think we might have jumped the gun and eaten some of it raw even though that’s not how it was intended to be consumed. So far so good, however, even with that mishap, if you know what I mean). There was also a complimentary sushi roll (blowfish, which I think is poisonous if not prepared properly, but we are still here so I could be wrong about that or they just made it right, which is pretty likely).  Then they brought out some kind of teriyaki grilled bluefin tuna which may be the best thing I’ve ever tasted. Seriously. They followed it up with a soup with a fish filled dumpling. Overall, off to a great start and completely lost in translation. 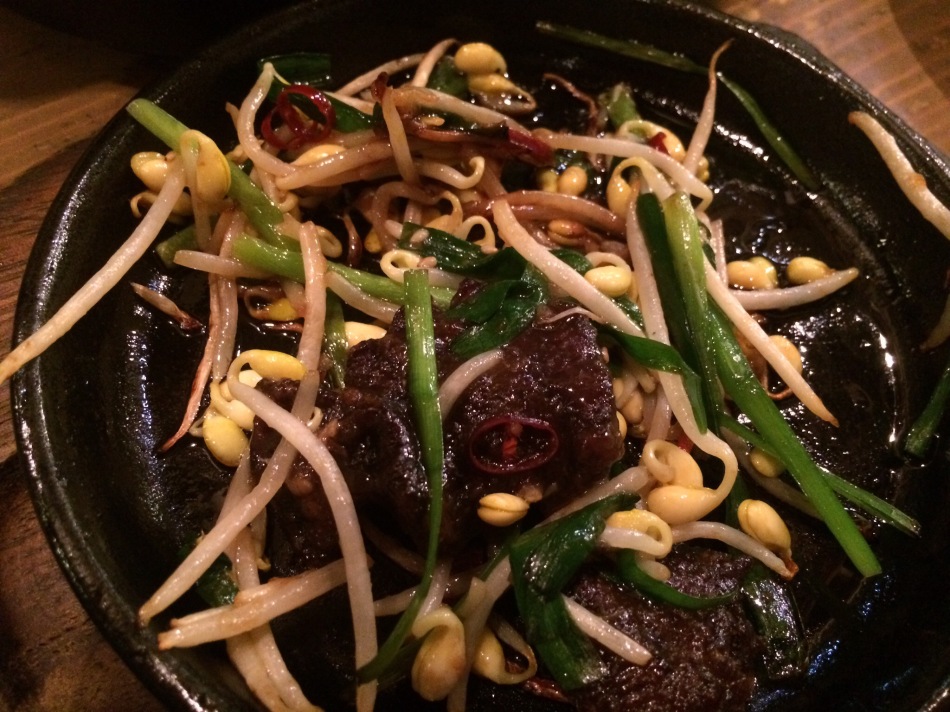 0 comments on “Lost in Translation… Our first foray into Asia”